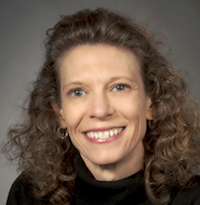 Christine Metz, PhD
Though it affects about 1 in every 10 women, endometriosis is a condition with limited options for diagnosis or care. In fact, many physicians diagnose the condition very broadly, and the invasive laporoscopic surgery which serves as the definitive diagnostic is often put off by patients for up to a decade.

Christine Metz, PhD, a professor at the Feinstein Institute for Medical Research and the Donald and Barbara Zucker School of Medicine at Hofstra/Northwell, is focused on these gaps of diagnosis and care for patients with endometriosis. Along with colleague Peter Gregersen, MD, of Feinstein, the pair have embarked on research that would introduce non-invasive diagnosis methods to the field, and potentially improve the standard of care.

In speaking with MD Magazine®, Metz detailed the background and current state of her team's research, and shared her thoughts on a recently-approved therapy for pain symptoms caused by endometriosis.

MD Mag: Can you give us some background into your research into non-invasive endometriosis diagnosis methods?

Christine Metz, PhD: We’ve been working on studying menstrual blood for the past 3-4 years, and it came from the idea that it’s an understudied biological specimen. Very few people have actually studied it at any level of detail, and the cause of endometriosis is really not well understood.

However, there’s one theory called Sampson’s theory that was put forth in the 1920s by a surgeon who noticed that women had retrograde menstruation—which means that in addition to blood leaving the vagina, blood can also leave the fallopian tubes into the pelvic cavity. In addition, only animals that menstruate can develop endometriosis. There’s very few animals—non-human primates, humans, and bats are the only animals that are well-known and characterized to menstruate and get endometriosis. It can be induced in baboons by injecting menstrual materials into the pelvic cavity. So it’s believed that menstrual blood and its components could lead to the disease.

Based on those 3 things—the uNK cells, the lack of decidualization potential in stromal fibroblast cells, and the gene differences in the stromal fibroblast cells—we’ve been working on developing a non-invasive method for endometriosis. Right now, the only method that’s accepted is an invasive laparoscopic surgery. It’s a very invasive test, and many women prefer not to undergo that. As a result of the vague symptoms of endometriosis, and it only being diagnosed by an invasive method, the average time between symptoms and diagnosis is 7-10 years.

So we’re hoping that using menstrual blood as a mechanism to develop a non-invasive test for endometriosis could lead a more rapid test for women that’s not invasive. In addition, because it is based on menstrual blood it might be able to be used to assess treatment efficacy.

Can you speak more to the overall state of stem cell research in women’s health?

It’s interesting—these stem cells actually re-grow the uterus every single month. So they have to grow very rapidly in a short period of time, making them a great tool to use in vitro to study. Because these cells rapidly proliferate, and they can be pushed into developing into all sorts of tissue.

Stem cell treatments and research have been very popular with generative medicine. Perhaps, with women’s health, there’s interest in improving the health of the uterine lining and tweaking these stem cells in that sense, and particularly preserving or improving their fertility.

What is the timeline for follow-up or next steps for this research?

We’re hoping to develop this into a diagnostic, focusing on recruiting women to our study who have pelvic pain, who have not been diagnosed yet and would undergo diagnosis as part of their workup. We have a program called ROSE (Research OutSmarts Endometriosis). Women interested can participate in this study by calling 516-562-ENDO (3636).

So, we’re interested in perhaps better understanding the pathogenesis of this disease to develop better treatments, so once it is diagnosed, better treatments would be available for women who are suffering. The earlier women get treatment, the more likely their fertility is improved.

Research is expected to lead to improved treatments for women with endometriosis. One of the biggest aspects of endometriosis is the pain—women can have pain, before, during, and after menstruation. They can have pain just going to the bathroom, pain during sexual intercourse. It has been undertreated, and many women don’t get the attention of those physicians right away.

With pain in mind, what are your thoughts on the approval of elagolix (Orilissa) for the treatment of moderate to severe endometriosis pain, last week?

Two large, double blind placebo-controlled randomized clinical trials with more than 1200 women showed that elagolix significantly reduced pain associated with endometriosis. So that is great.  However, in one way it’s disappointing. This drug, which is one of the first drugs in more than 10 years indicated for endometriosis, is really treating the pain associated with endometriosis – not the condition. It is not clear whether it treats the symptoms or not.

I do know there were many women who were not for the approval of this drug, because it’s similar to a lighter version of Lupron, which puts women into menopause. It’s not a great experience for women who want to have children, and there are other treatment options.

Although, I have to say the one good thing about the approval of this drug is that it raised awareness for endometriosis because there are commercials on TV. Now people have heard this word “endometriosis,” which most people have never heard of, and shockingly affects 10% of all women. So considering it is so prevalent, there’s very little attention given to it. I think most of it is related to the taboos of talking about menstruation and menstrual pain.

If anything, this drug has opened up confrontations about people who have endometriosis, and maybe it will start to pave the way for new developments to treat endometriosis that are more pleasant for women and more acceptable for women as a treatment option.

Is there anything else you want to add?

I think our research totally depends on this ROSE study (Research OutSmarts Endometriosis; 516-562-ENDO (3636)) and the participation of willing subjects who have and do not have endometriosis, as well as referring physicians and health care providers. We thank everybody who’s been able to help us reach women so we can continue our study. We also received the Innovation Award at Northwell Health, which gave us $500,000 to work on developing this diagnostic test, and that’s been an incredible support for our studies.