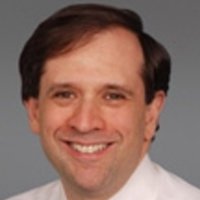 Ronald H. Wharton, MD
The prevalence of sleep apnea in atrial fibrillation (AF) is alarmingly high—anywhere from 21% to 74% of patients with AF will also have obstructive sleep apnea (OSA), according to a study published in JAMA this June.

But the prevalence of cardiologists prepared to address the comorbidity is just as alarming. The very limited rate of healthcare providers proficient in testing for, diagnosing, and addressing the very linked OSA-AF is a concerning indication for the state of patient care. For Ronald H. Wharton, MD, director of Cardiovascular Services, Montefiore Hutchinson Campus, Montefiore Medical Center, it’s enough of an issue to be labeled a public health crisis.

Wharton and his team at Montefiore have been taking it upon themselves to shrink the gap of knowledge between cardiologists, sleep specialists, pulmonologists, and primary care physicians in the greater New York City area—a metropolitan area which could be at particular risk for the dangers of untreated sleep apnea.

In an interview with MD Magazine®, Wharton recalled instances of public transit operators with undiagnosed sleep apnea symptoms being involved in major accidents. Given the strong connection between AF and sleep apnea that Dr. Wharton has found in his research, Wharton noted that he wouldn’t be surprised if these workers also had an underlying diagnosis of AF.

“If this is applicable in New York City, then it’s happening across the country,” Wharton said.

To assess the issue—and possible solutions—in their own region, Wharton and colleague Lynn Zaremski, MD, of the Department of Cardiology at Montefiore, conducted a screening program for patients at an outpatient cardiology clinic who had not been previously diagnosed with OSA. Patients who had scored ≥2 on a questionnaire based on the metrics of the Berlin Questionnaire and Epworth Sleepniess Scale were offered a free OSA screening device for use at their home.

Ultimately, Wharton and Zaremski found that 33 (32.4%) of patients tested positive for severe OSA, 24 (23.5%) with moderate OSA, and 29 (28.4%) with mild OSA, as per apnea-hypopnea index scoring. OSA was more prevalent in men, and the severity of comorbidities such as CAD worsened along with the severity of sleep apnea.

In all, a majority of patients (58 [56.9%]) suffered from 2 or 3 comorbidities. Though there was no found correlation between BMI and OSA prevalence, the colleagues found a conclusion to draw from this: the long-held belief that BMI can serve as any indicator of OSA is invalid. The more legitimate sleep apnea indicator may be in concomitant comorbidities.

These findings, initially presented in July 2017, lead Wharton to believe that specialists aren’t being tasked with treating conditions outside of their element—they’re only learning of the dimensions underscoring the diseases they know.

That’s not to put specialists, often the default first-line care providers for these tricky patients, at fault. Wharton is quick to acknowledge that pulmonologists are not trained to assess for AF, nor cardiologists for OSA. It’s an issue that eludes medical school discussion and sometimes first presents itself in real-world settings.

Wharton is looking to put a stop to that. His and his team’s practice of OSA preliminary questionnaires in the cardiology setting have been ongoing for about 3 years now, and is being continually backed by growing clinical evidence of the association between AF, other cardiovascular disease, and OSA.

As he and his team noted in conclusion to their assessment of their own screening practice, there was no intention to break new scientific ground, nor to suggest a new algorithm by which to diagnose patients.

“Its purpose was simply to augment the awareness of how endemic OSA is in society, especially amongst individuals likely to be referred to a cardiology practice,” they wrote. “Being methodical about screening may have enormous benefit to the health of our patients and the safety of society.”

It’s just another response to a public health crisis.

You May Also be Interested in
Most Popular
Flu Cases Reach 13 Million in the US, CDC Reports
Top 10 Painkillers in the US
Vitamin D Aids Black Preterm Infants with Wheezing
Evaluating a Young Patient with Joint Pain and Stiffness
Do EMRs Provide Clinically Relevant Information?