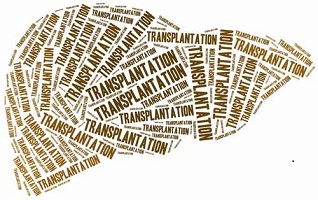 Based on favorable results from the ALLY-1 trial, the US Food and Drug Administration (FDA) has amended its breakthrough therapy designation for a hepatitis-C drug combo.

The change means that daclatasvir (Daklinza/ Bristol-Myers Squibb) and sofosbuvir (Sovaldi/Gilead ) may now be given to patients who have hepatitis C infections with either advanced cirrhosis or infections that have come back after patients received a liver transplant.

The trial results were presented last month at the 2015 International Liver Congress in Vienna, Austria.

The trial found the treatment worked for patients with hepatitis C viral genotype 1, a common type in the US.

These patients had advanced liver disease, classified as Child-Pugh class B or class C and are difficult to cure.

Discussing the trial results in an interview in Vienna last month, investigator Fred Poordad, MD, of the University of Texas Health Science Center in San Antonio, TX, said eradicating the virus is difficult, even after transplantation. The virus continues to live in the patient’s blood and most patients who get a transplant who were infected before the surgery will develop cirrhosis within 5 years, Poordad said.

The FDA first granted a breakthrough therapy designation for the drug combo in 2013. It is given for 12 weeks, once daily, in combination with ribavirin.

The ALLY-1 study was the third to be reported as part of the Bristol-Myers Squibb ALLY research program. Two others, ALLY-2 and ALLY-3, were presented at the 2015 Conference for Retroviral and Opportunistic Infections and the 2014 American Association for the Study of Liver Diseases' The Liver Meeting, respectively. Additionally, the European Association for the Study of the Liver included the ALLY regimen in HCV treatment guidelines it issued last month.

The FDA is currently reviewing a new drug application for the use of daclatasvir and sofosbuvir to treat patients with HCV genotype 3. Daclatasvir was approved in Europe in August 2014 for use in combination with other drugs across genotypes 1, 2, 3 and 4 for the treatment of HCV infection in adults. Beyond Europe, it is approved in Japan, as well as multiple countries in Latin and South America, the Middle East and Asia Pacific.

You May Also be Interested in
Most Popular
An Unusual Case of Prochlorperazine-Induced Dyskinesia Masquerading as Stroke
Defining and Diagnosing Clinical Depression
Online Mindfulness Therapy Helps Patients with Depression
The Fear of the Coronavirus, and the Reality of the Flu
Depression Linked to All-Cause and Cardiovascular Mortality