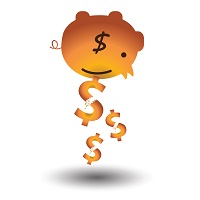 We know from many studies and our own personal experience that misinformation—including our own biases as investors—often negatively impact our financial behavior. But a new piece of academic research suggests that two very common retirement biases are significantly holding back retirement savers.

The study, “The Role of Time Preferences and Exponential ­Growth Bias in Retirement Savings,” includes a lot of alphas and betas and other research speak you’re perfectly comfortable with as a physician, but may be less so as a retirement saver, so let’s cut to the chase. Investors often engage in “present bias,” the tendency to focus on the here at the expense of the future, and exponential growth bias (EGB), a fancy way of saying that people underestimate how much they could save if they started saving early and reducing their debt.

The findings themselves aren’t revolutionary; you’ll see similar conclusions in most of the articles on this site and others. What’s new, though, is specific evidence on the degree to which this information harms investors. Eliminating these biases, the researchers say, can result in increases in retirement savings of up to 70%.

In one simple hypothetical behavior study, the researchers asked respondents questions including whether (and, if so, when) they would be willing to complete an hour of paperwork to change their retirement plan based their company increasing a matching contribution. They would also get a bonus for completing the paperwork, in addition to the increased match. Researchers found that giving a deadline for completing the paperwork increased the chances that survey respondents would engage in the positive behavior by greater than 8%. If no deadline was given only 4.3% of people did the paperwork.

“This research has several implications for the behavioral parameters of interest and financial outcomes,” the researchers concluded. “It refines our understanding of the importance of financial literacy in determining such outcomes. We show that EGB, which is a well-defined component of financial literacy, is highly influential for part of the household balance sheet, namely saving decisions with a long time horizon, such as retirement savings.”

Interestingly, the study found that impatient individuals were more likely to stick to a long-term saving plan if they were invested in illiquid assets, such as housing equity or bond funds, as a savings vehicle.

You May Also be Interested in
Most Popular
Flu Cases Near 30 Million in the US, CDC Reports
Limited Supply of Chloroquine, Hydroxychloroquine Could Affect COVID-19 Use
Erectile Dysfunction, Sexual Symptoms Linked to Increased Mortality in Men
Comparing RT-PCR and Chest CT for Diagnosing COVID-19
Concern Over Sleep Apnea and Coronavirus Transmission