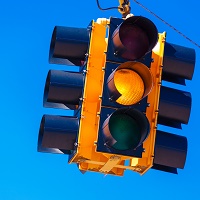 As people live longer, healthier lives, millions are working longer and retiring later. Physicians are, on the whole, doing the opposite. Data from the AMA, physician recruiting firms, and several studies by Harvard University show that almost half of physicians over the age of 50 are already considering retirement, with another 1 in 10 thinking of shifting careers. There are many reasons for this beyond doctors being “highly compensated” throughout their careers, including the loss of autonomy many feel.

Whatever the reasons, if you’re considering an early retirement, there are some common pitfalls you should be aware of. They may not be enough to change your mind, and they shouldn’t necessarily be. But knowing about them now can help you make the right decision for you and prepare better should you hang up the white coat early.

Even for those who choose to retire early, there is a feeling of great anticipation and excitement that comes with having sudden and plentiful free time. This feeling can be exacerbated for physicians, who in some cases may not have had the opportunity to do much travel or take many vacations during their peak earning years. Many may also think that their earliest years in retirement are going to be their most active, so why wait to enjoy travel and the pursuit of other hobbies until their later years? While there may be a germ of truth in that line of thinking, if you retire early, you’re likely to spend the last third of your life living in retirement.

Avoid the obstacle: Set a retirement budget early on, and adjust it frequently through the first couple years of your retirement. First of all, you’ll need to see how estimates of your spending stack up to the reality. Second, you’ll need to be flexible in terms of how much travel, dining out, and other types of discretionary spending you’ll actually be engaging in. Withdrawing too much too soon can leave you bereft before you know it, and possibly even looking for work again in the near future. Even for physicians, that work may be hard to come by.

This pitfall is more for those contemplating early retirement than those living in retirement. Your plan to retire early may be highly dependent on the sale of investments, the sale (in whole or in part) of an ownership stake in a physician’s practice, or sudden, explosive growth in your portfolio.

Avoid the obstacle: Take a good long hard look at your nest egg and your financial plan and make sure both are sound, based in reality, and flexible enough that you could weather some hits to your portfolio or other assets. The economy is cyclical, and while those cycles are easy to spot in retrospect, they are notoriously hard to predict in real time. A portfolio that’s flying high this year—and has been for the last five—could take a swift and unexpected dip, even if you are invested in ways that reduce your risk profile as you near retirement.

Take note: ending up with less than you expected to retire on doesn’t necessarily mean you can’t retire early. It may simply mean adjusting your spending level and retirement lifestyle if everything doesn’t pan out exactly according to plan.

Pitfall 3: Counting on Your Uncle Sam

We discussed in greater detail here the difficult decision of when to begin collecting Social Security. If you retire early, you may be tempted to dip into those funds before they run out or before you run out. You can start collecting Social Security benefits as early as age 62, but that doesn’t mean you should. If you start collecting at age 62, you will forego as much as 25% of the monthly amount you will receive by waiting until full retirement age (age 67 for those born after 1960).

Avoid the obstacle: If you’re in position to do so, wait as long as you can to begin taking Social Security benefits. Your benefits will increase each year between the ages of 67 and 70 if you don’t begin to withdraw. (Note: This may change if the political climate around Social Security changes). Unlike unemployment, you can continue to work, or rejoin the workforce, and still receive your benefit, although you need to look into the various income and tax factors you’ll need to know. Consult an advisor or a tax attorney, who can go over your situation and make some recommendations.

You May Also be Interested in
Most Popular
Early Clot-Removal Surgery Means Less Post-Stroke Disability
Women and Minorities Under-Treated for Stroke
Do EMRs Provide Clinically Relevant Information?
Top 10 Painkillers in the US
How to Spot a Bad Doctor