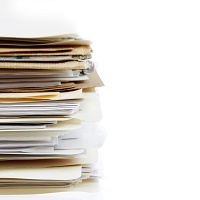 One might expect that a consolidation of purchasing power would lower overall costs, such as when a large hospital buys out a doctor’s office or a group practice. However, research shows this is not the case.

Researchers at Northwestern University’s Kellogg School of Management found that prices have climbed as more mergers and acquisitions have occurred in the health care sector. One study, which included insurance company data on about 12 percent of the U.S. population, found that from 2007 to 2013, almost 10 percent of physician practices were acquired by a hospital. Once acquired, prices for the physicians’ services were raised an average of 14 percent.

Isn’t This Illegal—Are They Creating Monopolies?

It might seem that this would result in huge monopolies in the health care sector, eliminating the concept of a free market. Another study by the same researchers found that while there was considerable consolidation taking place, these mergers were not necessarily drawing the attention of antitrust regulators. This is due to the piecemeal nature of individual acquisition deals, the researchers found. It is only after multiple deals are done that the impact on pricing is felt—and by then, regulators are unlikely to step in.

However, a federal judge thwarted the merger effort of giants Anthem (a Blue Cross plan operating in 14 states) and Cigna, the country’s number two and number four insurance providers.

One reason that prices climb after these acquisitions is due the payer system. Medicare, for example, pays one price to independent doctors and another to doctors who work for large health systems or hospitals—even if they are performing the exact same service in the exact same place. So if you went to your doctor’s office a month ago and had a procedure that cost $189—you paid a 25 percent co-pay; then they were acquired by a large hospital chain and you went back a few months later and had the same procedure in the same location, the new cost could be $453 and your co-pay of 25 percent would be that much higher.

Another study revealed that compared with their independent peers, hospital-employed physicians cost the Medicare program $2.7 billion more for four procedures from 2012 to 2015. Additionally, these costs are passed on to the patients as Medicare patients owed $411 million more.

An Obama administration proposal in 2015 would have mandated that Medicare would pay the same for any visit, test or procedure offered by doctors who work in private practice and by those who work in off-campus practices that are owned by hospitals. Doctors who work in the hospital building could still be paid the higher hospital rate, but the free-standing practice that suddenly changes hands would not continue to be paid more.

Why Do Physicians Sell Their Practices?

Market and regulatory factors motivate physicians into practice models that call for greater collaboration and interdependence, sometimes making mergers or even employment by a hospital attractive.

Since contracts with payers have become more complex throughout the past several years, many doctors consider the prospect of negotiating payments for a small practice to be nearly impossible. Sometimes larger nearby health care systems are granted preferred provider status. The reimbursement that smaller practices can then negotiate for medical services provides minimal, if any, profit margin with which to run a medical business.

It’s easy to understand the attraction to a doctor’s office of handing over the mountain of paperwork and billing headaches to a larger company. Plus, this might open up collaborative opportunities that a smaller group practice might not have.

What has happened to the actual practice of medicine? From my experience, practicing medicine has become junior to managing the office. Physicians and their administrators spend so much time in billing and collections paperwork, including proper coding of insurance forms, that patient care can suffer. If the coding isn’t done correctly, they stand to lose thousands, if not hundreds of thousands of dollars in insurance reimbursement, so this function is essential to a fiscally sound practice.

These problems could be handled in other ways than selling the practice, however. For example, the “back office” functions of billing, collections and insurance reimbursement could be handled off-site by a separate firm, allowing the medical practice to focus on just that, practicing medicine. This would also enable the doctor(s) to keep the practice independent and avoid “selling out” to larger conglomerates.

In many offices, offsite billing and collections make it much easier for daily operations. The one staff member who may have spent his/her whole day chasing down insurance company billings can now be utilized to improve patient flow in the office.

About the Author:
Karun Philip, PhD, is the Chairman & CEO and a co-founder of Tranquilmoney. Prior to this, Philip ran Imagine Technologies, Inc., a company focused on using proprietary imaging and workflow technologies to enable and outsource remote back office operations for the healthcare industries. Philip has an MS and PhD in Computer Engineering and Biomedical Engineering from the University of Iowa, and BE in Electrical Engineering from Birla Institute of Technology & Science, Pilani, India. Before founding Imagine Technologies, Dr. Philip worked in the R&D center at TCS, India's largest Software Company, in the field of imaging technology.

You May Also be Interested in
Most Popular
Comparing RT-PCR and Chest CT for Diagnosing COVID-19
Limited Supply of Chloroquine, Hydroxychloroquine Could Affect COVID-19 Use
Concern Over Sleep Apnea and Coronavirus Transmission
How COVID-19 Affects Children and Pediatric Care
The Fear of the Coronavirus, and the Reality of the Flu