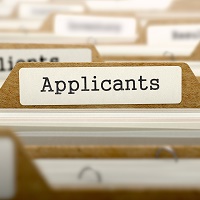 Ask around and you’ll get a myriad of opinions as to the positive or negative impact of the Affordable Care Act. For example, there’s no question it has made healthcare coverage affordable for millions who might otherwise have to go without. But what has that done to the waiting rooms in medical practices?

Bill Thompson, a healthcare staffing expert and account representative at Health eCareers, says that, combined with personnel shortage, the extra patient load has driven stress levels to the max.

“How many more patients are being treated now?” Thompson asks, rhetorically. “It’s like 2.5 million that have been added right away. Well, people and practices are feeling that additional stress.”

And some healthcare professionals, he adds, are beginning to look for greener pastures.

“According to the Bureau of Labor and Statistics, the healthcare unemployment rate is 3.5%,” Thompson says. “Many economists feel full healthcare employment is between 2% and 3%. So, this means we’re very close to full employment.”

And that only magnifies the challenge because, as Thompson points out, the cost of staff turnover, combined with using recruiters to hire new staff is substantial.

“I can empathize with physicians running their practice and all of a sudden they lose a key person who is involved in patient care or involved in billing,” Thompson says. “All of a sudden, [the physician is] working longer hours and losing money.”

Keeping with You’ve Got

So, what’s the strategy for physicians to employ? Thompson says the number one issue is retention. He points out that because most healthcare professionals are currently employed, as evidenced by the low unemployment figures, it’s much more effective and efficient to invest in retention than to recruit and train new employees.

“There’s an abundance of things physicians can do,” he says. “Salary, vacation, personal time, recognition awards—more and more practices are closed on Friday. There are many things they can do relative to improving their staff’s quality of life.”

Part of that, he says, is branding. The Health eCareers survey found that nearly 80% of respondents believe an employer’s brand and culture are important in retaining current and attracting new employees. A report by PricewaterhouseCoopers found that healthcare systems invest significantly less in HR programs than other industries, and Thompson says it’s time for that to change.

“Branding is who you are,” he points out. “Keeping it consistent across all forms of media … that’s what people are attracted to.”

When medical practices do need to invest in recruiting new talent, Thompson says the more time and effort the physician can put forth in finding the right match, the better off the practice will be. Too often physicians say, “I need to get someone in here quick,” as opposed to finding the right person.

“It’s much better to do your due diligence up front to ensure the right fit rather than coming back and having to go through the entire process again,” Thompson says.

But it’s a tightrope, he says, with regard to not overpaying in what appears to be a buyer’s market for healthcare professionals—especially where hiring physician assistants is concerned.

“Hospitals are trying to pull in as many (physician assistants) as they can, and individual practices are saying, ‘We can’t compete with the salaries they’re offering the physician assistants,’” Thompson explains. “That’s why medical practices need to look at what makes them unique. What can they offer that the hospital down the road cannot?”

In the process of retaining and recruiting, however, Thompson says it’s critical for physicians to be completely up front. He tells the story he heard from a physician whose practice has experienced very little turnover. The physician attributed that to being completely up front with candidates during the interviewing process.

“He tells them, ‘Listen, this is our organization. This is our culture. It may be a culture with a heavy duty work load, but this is who we are. So let’s understand that right off the bat,’” Thompson explains. “People are very mobile, and being cognizant of that helps in retaining and bringing in new talent. The more transparent you are, the more people appreciate that.”

You May Also be Interested in
Most Popular
Gulf War Mystery: Why Is MS Onset Slower in Gulf Vets?
The Fear of the Coronavirus, and the Reality of the Flu
Fluoxetine Reduces Symptoms for Children with Autism Spectrum Disorders
New Immunotherapy Blocks Key Macrophage Checkpoint in AML Care
Top 10 Painkillers in the US