Why Market and Recession Fears Are Greatly Exaggerated

SEPTEMBER 03, 2019
Dave Gilreath, CFP
While there’s a lot of noise about market failure and recession, when the total picture is assessed more dispassionately, the inescapable conclusion is that there’s no cause for alarm.

One of the main drivers of economic fears is a change in the ratio of long-term and short-term bond interest rates known as the inversion of the yield curve. These inversions are widely believed to necessarily precede recession, but it’s much more complicated than that. The last six times a yield curve inversion was followed by a recession in the ensuing months, the Fed was raising rates to fight inflation and oil prices were spiking. Neither is happening currently. 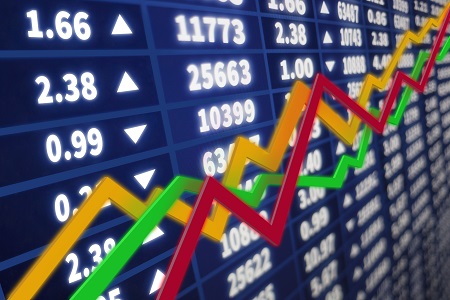 Going by the Delphic predictive power of rate curve inversions, this year should have started with recession (in which we might still be mired), based on an earlier inversion in mid-2018. Yet, according to the Fed at the time, alarmists were actually looking at the wrong curve, and the Fed explained last summer that the right curve didn’t indicate near-term recession. So far, the Fed has been proven correct.

Amid the hysteria over the current inversion, various financial luminaries—including leading CEOs, members of the Federal Reserve board of governors and economists and analysts at large financial institutions—are discounting the likelihood of a recession this year or even next. All cite strong consumer spending, including strong retail sales in July and surveys showing extremely high consumer confidence—so high that the negative  outlooks of talking heads aren’t likely to deter consumers from their compulsion to spend it when they’ve got it, amid current high employment.

Moreover, many aren’t paying attention to the connection between the last recession and the bull’s duration. The last recession was indeed dire—deemed more like a depression by some economists—and though the economic growth to climb out of it has been fairly steady, this growth has hardly been a sprint. Though consumers are spending again, this spending is nothing like what they did in 2006-07, as the nation approached the Great Recession, or in the late 1990s, as we approached the tech crash of 2000. Many people were severely burned in 2008-2010, and some have never been the same financially or psychologically. As a result, they’re now more conservative in their spending, even in these relatively good times.

All this contributes to the length of the current cycle of economic growth. We don’t have the 3.5% growth that economists used to refer to as trend growth, but we do have around 2%, with projections for this rate to continue. It’s not gangbusters but it’s getting the job done.

It comes down to this: The reason this upward economic phase has run so long is that the economy had so far to come back, and it has come back so gradually.

Some persist in assigning a shelf life to this bull market, and this one is no different. Just as they see recession coming despite high employment and consumer spending, they see a bear market ahead despite better-than-expected Q2 corporate earnings. Doomsayers link a global slowdown (highlighted by the onset of recession in Germany) as a force that will drag down the U.S. market, when really, much of the effect is just the opposite. Foreign money has no better place to go than Wall Street, so it keeps flowing to American shores.

As for the length of the current bull, the market hasn’t historically run on a schedule, allotting a set period to bull or bear territory. And although the market and the economy aren’t the same thing, greatly generalized outlooks for both are being affected by fears stemming from some of the same causes. Chief among these is Trump’s  tariff war with China.

The negative economic impacts of the trade war are vastly over-stated, primarily because many people over-estimate the importance of trade to the U.S. relative to its massive global gross domestic product. The U.S. exports and imports relatively little, it produces most of its stuff—especially now that domestic oil production has risen in recent years.

Of course, the tariff war isn’t helping American multinational companies: those engaged in significant amounts of international trade. It makes expansion and plant siting more difficult, and hence more tentative, as it’s impossible to predict fiscal outcomes of such moves when companies don’t know what all the rules and costs will be.

However, the potential impact of the tariff war on corporate earnings has been greatly exaggerated, resulting in new fears that have increased volatility in an already gyrating market. Indeed, though talking heads and the financial press seem certain about what made the market go up or down sharply on a given day, they really don’t know. Often, the cause is individual fear, turbocharged by institutional trading algorithms. Sure, trade war fears have affected the market, but volatility had increased significantly before the first tariff salvo was fired.

This is the case even though the tariff war doesn’t seem to have damaged multinationals much, if at all. As of late July, performance of the 50 S&P 500 stocks with the highest volumes of foreign sales this year was up about 25% over 2018, compared with only a 10% gain by companies with no foreign sales. So big-trade companies that did poorly last year have come back this year, more than non-foreign-trade companies, even with the supposed albatross of tariffs.

This tells us that the trade war fears are mostly just fears—and that the market generally expects the trade war to end. Of course, even though the only thing we currently have to fear in this regard is fear itself (which resulted in some wild gyrations in August), more sanguine expectations may moderate as the war drags on. This protraction seemed more likely as of late August, in the context of tariff breast-beating by Trump and Chinese President Xi, and comments made around the G7 summit. Such events increase volatility, which could be viewed as buying opportunities for the less afraid.

If you fear the trade war will drag on longer than your investment time horizon—or you just don’t believe multinationals won’t sustain real damage—a secure strategy is to just invest in low-trade domestic companies.  If you’re more bullish and believe that the war is depressing multinational companies’ value below what it otherwise would be, investing in them now might prove profitable when the war is finally over.

David Sheaff Gilreath, CFP® a 38-year veteran of the financial service industry, established Sheaff Brock Investment Advisors LLC, a portfolio management company based in Indianapolis, with partner Ron Brock in 2001. The firm has more than $1 billion under management.