When the Stock Market Plunges It Can Create Opportunity

JANUARY 09, 2019
Paul Jacobs
Investors can get queasy when the stock market plunges. But there’s a bright side. During a downturn, stocks are on sale. The recent drop—and inevitable future plunges—can provide opportunities that investors have not seen for quite some time.

The key is to keep calm during downturns and stick to your long-term investment plan. It’s important to keep your head during big rallies too.

As of early December, the S&P 500 had fallen about 8 percent from its all-time high in September. After years of sunny skies, the autumn downturn has created the same stomach-dropping sensation as rain clouds appearing in the middle of a picnic. The market rallied in November and early December, only to plummet again. 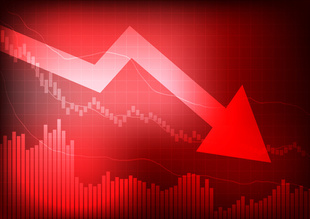 When the stock market declines, investors can usually identify one or two obvious culprits. This time, however, it’s not so simple.

Possible sources of the downturn

Initially, some observers blamed a rise in interest rates. Some investors fear that rates are rising too fast, making debt more expensive for businesses and consumers alike. In addition, in December a portion of the yield curve became inverted. This happens when longer-term interest rates are lower than shorter-term rates. An inversion has preceded several economic recessions.

Still, interest rates have not changed much at all during this period of volatility, and the yield on 10-year U.S. Treasury bonds has declined since the stock market peaked in September.

There are many other factors that could have caused the reversal, together or separately. Some investors are worried about the escalating trade dispute between the U.S. and China. But both sides are negotiating, and it is clearly in both sides’ interest to work out a deal.

Others worry that U.S. economic growth and corporate earnings growth have reached their peak. Stock prices build in investor assumptions. Some of these assumptions may have been too optimistic, especially for high-flying technology stocks such as Facebook, Amazon and Netflix. When investor assumptions about a company’s long-term growth prospects change, even slightly, the stock can nosedive.

There are other possible sources of investor worry, too. Slowing economic growth in China, the world’s second-largest economy, is sparking concerns. Italy faces a budget crisis. Europe is nearing the end of quantitative easing, and the Brexit process remains a major source of uncertainty for global investors.

As for the question of whether the downturn will continue, no one can honestly answer, because no one knows. It is impossible to say for sure when, how long or how severely stocks might decline. This downturn could continue, or stock prices could quickly rebound. There might be a period where prices are largely unchanged. Nothing in investing is guaranteed, now or ever.

But there are a few key truths investors should keep in mind.

Stock markets go up and down

Since March 2009, the S&P 500 has quadrupled without accounting for dividends. Stocks are supposed to be somewhat volatile, not appreciate month after month, year after year, with no dips along the way. Cycles are a normal part of investing.

In addition, by most measures, our economy is still very strong overall. The Commerce Department reported that the economy grew 3.5 percent in the third quarter, a strong showing in both historical and global contexts. Unemployment is at the lowest level since 1969, and U.S. consumer confidence recently reached an 18-year high. No economy can expand forever, but the basic fundamentals underpinning the stock market are sound and unlikely to evaporate overnight.

Keeping this in mind, investors should view current market conditions as an opportunity, not a disaster. As always, it pays to understand your investments and realistically assess your own risk tolerance. You should stick to your long-term financial plan and resist the urge to try to time the market.

But while you don’t want to act hastily, there are some reasonable actions you can take to make the most of a stock market slump. You may want to rebalance your portfolio in order to keep your asset allocation on track.

When stocks are cheaper, it can be a great time to add to underweight positions. For instance, you may be underweighted in small U.S. stocks or foreign stocks. Especially if you have a long-time horizon, a downturn can ultimately help your portfolio overall, as long as you do not panic and lock in your losses by selling when markets are down.

A downturn may also be a smart time to consider tax-loss selling. If you hold securities that have lost value in a taxable account, selling to realize capital losses and then investing the proceeds in similar securities can reduce your tax bill.

We don’t know exactly what’s next for the stock market, and you shouldn’t believe anyone who claims to. But for investors with a well-designed, long-term investment plan in place, a downturn offers a time to readjust your portfolio strategically.

You May Also be Interested in
Most Popular
James Wheless, MD: Neurology, Epilepsy, and COVID-19
Flu Cases Near 30 Million in the US, CDC Reports
Jerry Bagel, MD: Starting the Treatment Process for Plaque Psoriasis
Irregular Menstruation in Teenagers May be a Warning Sign
When to Suspect Diarrhea is Symptom of a Clostridium Difficile