Blockchain and the Future of the Worldwide Web

NOVEMBER 26, 2018
Eric C. Jansen, ChFC
Blockchain technology is red hot. Some startups developing blockchain applications, amply funded by venture capitalists, will eventually go public. Others will doubtless become players in a flurry of merger and acquisition activity expected to be reminiscent of tech companies of the mid-1990s and early 2000s, when “internet” was a new household word. 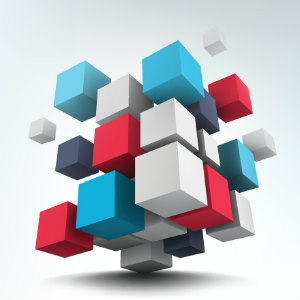 The early days of that heady period and the current embryonic blockchain environment have similarities that are prompting informed observers to say that blockchain will be the biggest thing since the internet itself.

A key reason that this prediction may turn out to be accurate is that, along with blockchain, there will come a radically different World Wide Web. The twists and turns of this new web will have a tremendous impact on investment markets.

Blockchain, the transmission vehicle for Bitcoin and other cryptocurrencies, is an open-source digital tool whose basic binary code is available free on the internet for web developers to use and adapt.

It enables the creation of applications for online posting of immutable blocks of data—hack-proof records and transaction steps that amount to highly secure audit trails—carried on what is referred to as the blockchain, unalterable recesses of the web that carry extensive blocks of data storing records and displaying transaction histories.

Using blockchain, the power to communicate, store records and directly execute transactions (using any of more than 2,070 different cryptocurrencies and tokens now listed on CoinMarketCap) resides with the individual or individual company using it. This concept challenges middleman companies that have corralled the internet for tremendous profits.

“The internet, in case you weren’t aware, is owned,” writes Michael J. Casey and Paul Vigna in The Truth Machine: The Blockchain and the Future of Everything.  “There’s a handful of companies that essentially control everything—[including] Google, Amazon, Facebook, and Apple.”

When tech genius Tim Berners-Lee wrote the source code for the web in the 90s, he envisioned it as a tool for everyman—one that would enable individuals globally to conduct business peer-to-peer (P2P). And it has become just that —to an extent.

But what Berners-Lee didn’t foresee was the domination and centralization of the web by giant companies including Google, Facebook, Microsoft, Apple, Twitter, Amazon, eBay, and Uber. Disappointed over the way his original coding for the web has been used (or abused), Berners-Lee is working on Solid, a platform designed to return the web to the democratic purpose he intended by changing the way applications work and restoring control of personal data to individuals, and to allow individuals and companies to use the web without paying large internet companies.

Now that blockchain is on the rise; it’s challenging the dominance of corporate internet behemoths by returning authority and power to individuals. This is the main goal of the developing Web 3.0—the broad moniker for the various efforts under way toward the goal of decentralization. (It’s called 3.0 because it will follow the original web—going online with dial-up (1.0) —and the current one, characterized by broadband use and the domination of large internet companies.)

The term “Web 3.0” represents a dispersed but thematically-related and growing assortment of efforts to develop internet applications that are viable alternatives to those for the current, centralized web. For a host of technical and process reasons, the applications and platforms planned for Web 3.0 are far more conducive to blockchain and vice-versa.

Web 3.0 isn’t seen as a replacement for the current web; both would still be accessible. Rather, it’s envisioned as an alternative.

While Berners-Lee and his ilk work away on applications for Web 3.0, a web where blockchain would be ubiquitous, some of the same large companies who have wrested for control of the current web are trying to co-opt blockchain, seeking big chunks of a products-and-service market projected to total $60 billion by the mid-2020s. Microsoft, IBM, Google, and Facebook are among the companies investing heavily in developing blockchain products and services, attempting to prevent disintermediation by co-opting technology that was developed to disrupt them.


What does blockchain and Web 3.0 mean for physicians?

Together, Web 3.0 and blockchain will deliver key advantages to individual and businesses. These are expected to include:
The authors of “The Truth Machine” call the IPFS a “decentralized web-hosting system that just might re-decentralize the World Wide Web.” Using this system, those searching for websites would no longer be dependent on Goggle, which decides what search results people will see according to client companies that pay them. Moreover, the extensive blockchain network anticipated for Web 3.0 will enable unlimited opportunities for P2P commerce, instead of going through middlemen like Uber to get a ride or eBay to sell used baby clothes.

Blockchain, write the authors of “The Truth Machine,” gives the world “a new starting point from which to address this problem.” An event that highlighted the centralized web’s lack of security was the October 2016 denial-of-service attack, which severely interrupted major online services including Twitter, Netflix, Spotify, Airbnb, Reddit and The New York Times. These services were vulnerable because they’re hosted on centralized servers. Blockchain data on Web 3.0 will be hosted on a distributed global network of computers and will thus be decentralized. By contrast, the concentration of data in a central location makes it vulnerable to hacks.
The unfolding story of blockchain and Web 3.0 are part of a larger story involving a global struggle for power and authority.

For tech investors, it’s a time of great confusion, as blockchain business and technical developments are coming hard and fast in what is shaping up to be the Fourth Industrial Revolution—the rise of interconnected digital systems.

The forward macro view is that blockchain and Web 3.0 won’t just change the personal and commercial use of the internet. They will also transform society.

Eric C. Jansen, ChFC, is the founder, president, and chief investment officer of Westborough, Mass.-based Finivi |Financial Advisors, an SEC Registered Investment Advisor. Finivi provides Bitcoin and cryptocurrency educational services to its retail clients and manages several thematic investment portfolios focused on blockchain innovation & disruptive technologies. The information in this article is for informational and educational purposes only. Investing in ICOs, cryptocurrencies or tokens is highly speculative, and the market is largely unregulated. Anyone considering it should be prepared to lose their entire investment.

You May Also be Interested in
Most Popular
Adam Friedman, MD: Returning to Normal During the COVID-19 Pandemic
What is a Pharmacist's Role in Identifying & Managing OIC?
Free Webinar, Derm Clinical Updates: Keeping Up with COVID-19
Immunotherapies at the Forefront of COVID-19 Treatment Research
The Incredible Shrinking PCP: Growing Pains in Primary Care