The Benefits of Sticking to a Financial Plan

SEPTEMBER 21, 2018
Conor Killmurray
Planning takes many forms, from something as simple as creating grocery lists to planning a vacation. But the one that scares most people away is financial planning. 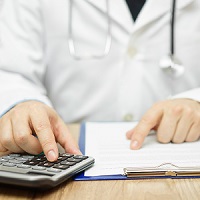 The financial planning process includes many variables and can be exhausting. But it comes down to knowing how much money is coming into your accounts, how much is going out of them, and how much is leftover to save.

How you put your plan together with that information is up to you. Here are three reasons why the work is worth the rewards.

In Charles Schwab’s 2018 Modern Wealth Index one thousand Americans were surveyed and given a score between 1-100 based on how well they managed their money. Those that said they had a written financial plan were given an average score of 68 versus non-planners, who were given a score of 44. Planners were also more likely to have better fiscal health than non-planners.

Planning can also help with loans, credit card debt, and making sure you’re stable without having to dip into a savings account. Forty-two percent of planners will never carry a credit card balance and have no debt, while only 26% of non-planners will achieve this.

Less stress and money to spare

It’s been documented over the years that forgoing proper planning leads to poor health due to extra stress, but planners can avoid this by putting money where it matters to them.

In the modern wealth index, Charles Schwab also surveyed Americans to see what they thought defined wealth. The majority said spending time with family, followed by having time to themselves to do what they want.

Having the ability to live life how you want requires stability and 62% percent of planners feel financially stable versus thirty-two percent of non-planners. Planners are also more likely to reach their goals, like buying a new car, as 42% feel “very confident” they can reach all their financial goals versus 26% of non-planners. While you might not be able to afford the big mansion in Bel Air, you can make sure you’re living your life free from constantly checking your bank account.

It’s not that hard

You don’t have to be the superstar doctor with a talk show and book deal in order to take a look at your finances and set a plan.

The idea that financial planning is solely for millionaires is one of the most damaging misconceptions out there according to Joe Vietri, senior vice president and head of Schwab’s retail branch network. “Whether people think they don’t have enough money, believe it would be too expensive, or just find the whole concept too complicated, the longer they wait the harder it is to achieve long-term success,” says Vietri.

Young people are doing it too. The modern wealth index also looked at the financial planning of people from different generations and roughly three-quarters of millennials rebalance their portfolios compared to the majority of Gen X and Boomers skipping out. These are people right out of medical school, or still in it, who are able to better tackle student loans and achieve long-term goals, like traveling, simply by having a financial plan.

Success in financial planning all comes down to the individual and their willingness to find a way to achieve their goals. According to Terri Kallsen, executive vice president and head of Schwab Investor Services, financial planning is “like establishing an exercise regimen to get in shape- we need to take the same approach to keep our finances in good health and on track.”


You May Also be Interested in
Most Popular
Rearing Environment has Large Impact on Major Depression Risk
New Study Backs Ketamine as Treatment Option for Depression
Flu Cases Near 30 Million in the US, CDC Reports
Inadequate Health Literacy Could Spell Disaster for Heart Failure Patients
FDA Approves Ixekizumab for Non-Radiographic Axial Spondyloarthritis