OCTOBER 09, 2019
Dave Gilreath, CFP
Google, Facebook, and Amazon have an ingrained image as growth stocks that deliver great long-term performance but tend to be pricey.

Yet these behemoths and some other big tech names now have lower prices, enabling them to make a rare appearance on the other side of the growth/value dichotomy and to pass through risk-oriented screens that are normally biased against them.

These screens, which favor stocks with relatively few negatives regarding valuation, performance and investor sentiment, tend to reveal companies that will likely have higher returns because of lower risk in these areas. As these screens have an inherent bias toward value, they tend to discriminate against big tech, but now that prices are down, some big tech names are passing through. These companies are still posting good revenue and earnings, making them particularly attractive now. 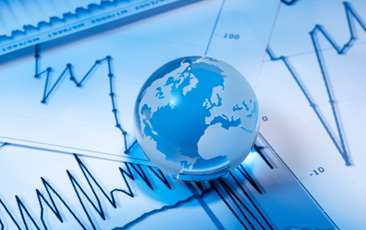 Some tech names--like Apple, Intel and Cisco Systems--might normally be expected to shift into the value category. However, some more volatile tech stocks are now making this cut. These include Texas Instruments, PayPal, Broadcom, and Google. In the communications service’s subsector, Sirius XM and Yelp join Facebook on the other side of the screens. And in the consumer discretionary category, Booking Holdings joins Amazon as being lower risk. This is remarkable, considering that in the last four or five years, you’d be hard-pressed to identify a period when such companies made it through lower-downside-risk screens.

The likely reasons for this new style box status are exogenous factors affecting market perception, pushing down prices while surface revenues and earnings have continued to grow. This combination of characteristics has given these stocks value characteristics for the first time in years, or perhaps, ever.

As of October 1st, Facebook shares were trading at $38 (17%) off their  52-week high, hit in mid-summer; Amazon shares, $299 (14%) off their 52-week high, hit around the same time; and shares of Google’s parent company, Google (Alphabet), $47 (4%) off the near high in mid-summer. This hasn’t been a downtrend, but a stall of their perennial yet halting upward climb, albeit with occasional dips.
What’s depressing the prices of these and other tech companies that have long been squarely in the growth category? Likely factors include: Though Amazon shares have languished for the last fifteen months, the stock has been characterized over more than a decade by periodic steep upward spurts to new highs. Languish, spurt, languish has often been the pattern. The performance of Google and Facebook has followed a similar pattern. With this history, it’s only logical to consider whether the new value status could be setting up another spurt.

This seems fairly likely for Facebook and Google, whose coffers are destined to swell over the 14 months from election advertising. And during this period, the national addiction to Amazon’s one-click ordering and two-day Prime delivery isn’t likely to abate.

Whether the growth-to-value trend will broaden, and how long it will continue, is unclear. But its continuation might presage a redefinition of the value category. Regardless, these three giants’ robust sales and earnings can now be had for lower prices that seem itching to rise.

You May Also be Interested in
Most Popular
Long-term Therapy with Norfloxacin Improves Advanced Liver Disease Prognosis
Top 10 Painkillers in the US
When to Suspect Diarrhea is Symptom of a Clostridium Difficile
How Pregnancy Affects a Tummy Tuck
Is There a Link between Low Testosterone and Chronic Marijuana Use?