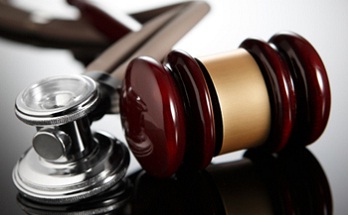 Different Classifications of Medical Malpractice Insurance Coverage
The most common types of medical malpractice insurance coverage are categorized as ‘claims made’ and ‘occurrence.’ While these designations are by far the most common, there may be some specific variations for each policy that you should clarify. For example, there may be a time limit for some occurrence policies, and claims made policies might only cover incidents that occurred during policy coverage, not incidents that occurred prior to policy coverage (even if the lawsuit was filed during policy coverage.)

Tail Coverage and Nose Coverage
If you are planning on moving to another clinical practice, you might need to obtain tail coverage or nose coverage to insure for legal costs associated with your previous employment. Despite these definitions, it is still vital to read the fine print and to understand all of the details because individual insurance companies and practice arrangements may have their own exclusions and exceptions.

Amount of Coverage
The limit of coverage generally refers to the maximum amount that an insurance policy will pay if a doctor loses a lawsuit. This is referred to as the aggregate and generally does not include the costs of litigation, including attorney fees. However, an insurance policy may have a ceiling to those costs as well, and it is worthwhile to confirm whether there is a limit on the amount of legal fees.

In general, the aggregate is approximately $1 million per occurrence and $3 million per year for an individual doctor’s plan. However, some medical malpractice lawsuits seek more money than an individual physician’s limits. Often, those who are seeking a large amount of money through malpractice also include the hospital and any other associated organizations who are known to have medical malpractice insurance in the lawsuit in order to increase the payout.

Costs of Medical Malpractice Insurance
Medical malpractice insurance costs vary and there are numerous cost calculators available. These cost calculators take into account factors such as physician specialty, region of the country, years of experience and previous malpractice history. In general, physicians in procedural specialties have costlier policies. For example, obstetricians generally pay over $150,000 in yearly premiums for medical malpractice insurance, while less procedure heavy specialists may pay about $30,000–$50,000 in yearly premiums.

Medical Malpractice Insurance for Work Outside of Direct Patient Care
Many doctors provide consulting services to industries such as pharmaceutical, medical device or health and disability insurance companies. Physicians are generally held responsible for decisions, and therefore it is important to define the level of your responsibility and to be aware of all company disclaimers.

If there is a chance of being sued for providing consultation to a company, it becomes necessary to obtain adequate medical liability coverage. Most often, the consulting client provides that coverage, and sometimes your own medical malpractice insurer can provide additional coverage for defined consulting work typically at a low cost.

Medical Malpractice Insurance and Practice Decisions
The cost of medical malpractice coverage can come into play when physicians are making major decisions about practice arrangements. In fact, in most specialties, the high price tag of medical malpractice insurance can prevent doctors from being able to work part-time hours or from setting up an independent private practice. And the cost of tail coverage prevents numerous physicians from leaving an unsatisfactory job for a more appealing practice or from leaving clinical work altogether.

Fortunately, most medical malpractice insurance carriers provide tail coverage for free or at a very low cost to physicians who are at the age of retirement or who plan to leave practice and see patients in a medical mission capacity.

You May Also be Interested in
Most Popular
Brolucizumab Receives FDA Approval for Wet AMD
Liver Disease More Prevalent in Patients with Crohn's Disease
Updated Parkinson Disease Guidelines Available in Canada
Plaque Psoriasis: Design and Endpoints of the reSURFACE Trials
Top 10 Painkillers in the US