Investing in Two Kinds of Buzz: Cannabis and 5G

MAY 10, 2019
Dave Gilreath, CFP
What does marijuana have in common with 5G wireless technology? More than you might think at first glance.

As more states legalize medical and recreational cannabis, dispensaries and retailers are proliferating like weed(s) and support industries are sprouting up. As of early May, 33 states and D.C. had legalized possession for medical use, and 10  states and D.C., for recreational use. And this state-legal market keeps growing; legislatures of several states have legalization bills pending.

Meanwhile, the race to commercialize 5G is on as major carriers position for the lucrative market that the new technology will create. But which companies will end up winners is anyone’s guess. 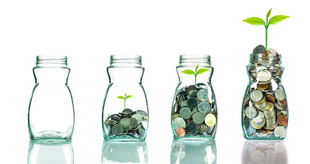 Finding The Right Investment Path
It’s no easier to pick winners in the cannabis race. In both industries, investors would probably be better off focusing on something that companies can’t survive without— infrastructure. There are precious few publicly accessible players in this specialized space, and those that exist now have an overwhelming competitive advantage.

5G technology is expected to provide about 20 times the speed of 4g and improve reliability, but requires far more relay points than 4G because its signal has a much shorter range. To carry the 5G signal, networks will need more conventional towers and a multitude of much smaller towers needed to fill in transmission gaps. The obvious solution is to build more towers, but this will be difficult because of public opposition. 5G will require hundreds of thousands of the smaller towers, and plans to erect them on municipal property are encountering public opposition.

As a result, companies that currently own or control significant numbers of towers—and, just as critically, are skilled in the nuances of getting government approvals for new ones-- are well positioned. Some of these tower companies are REITs, real estate investment trusts—commercial real estate portfolios that investors access through securities exchanges as equities. REITs’ regulatory status requires that 90% of the profits to be passed along to shareholders as dividends, and entities structured as REITs tend to pay higher dividends than other types of equities. Making well-performing REITs tend to be a good income-producing addition to portfolios.

Normally, the vexing issue for investors would be how to select the right tower REITs to invest in. But only several REITs fall into this category (out of only 225 of all types that trade on major U.S. stock exchanges). Two of these—American Tower and Crown Castle—tend to dominate discussions of REITs in this space. Crown Castle (CCI) has a healthy dividend yield (the ratio of dividends to price per share) of 3.6%. The annual dividend recently went up 15%, after significant increases over the past three years, and likely will get additional juice from the international market (including unwired nations), where American 4G providers have done well.

The global market is no less an advantage for American Tower (AMT), a larger fund that raised its dividend roughly 20% in 2016, 2017 and 2018, though its current dividend yield of about 1.9% is nearly half of Crown Castle’s. This year, as investors have seen the potential for 5G, Crown Castle has appreciated about 20% and American Tower nearly 30%.

REITs In Cannabis
Investors can take the same approach to the burgeoning cannabis industry by identifying the right greenhouse REITs. This is ridiculously easy because there’s only one. Innovative Industrial Properties (IIPR) has the competitive distinction of being the only marijuana-related REIT because it was the only one approved by the Securities and Exchange Commission before the Trump administration put the kibosh on such approvals for the cannabis industry. Thus, Innovative Industrial will probably be the only such REIT at least until a new president takes office.

This unique status has led to meteoric earnings growth and resultant dividends, which increased 118% in 2018.  Shares have increased nearly 80% this year.

And as more states legalize marijuana, more producers needing greenhouse space will go into business. Innovative Industrial has competitors for investment, but these entities aren’t REITS. Instead, they tend to be private equity funds, accessible to only by institutions and extremely wealthy individuals.

The company buys marijuana producers’ greenhouses and then leases this property back to them. For example, if a marijuana producer has a $10 million investment in greenhouses and it signs up with Innovative Industrial, it can get this $10 million back and use it as capital to meet other needs. And freeing up cash is extremely important in this cash-intensive industry, which can’t get loans or even checking accounts from banks, though a majority of state attorneys general have asked Congress to allow the industry access to federally-insured banks. (Producers and outlets deal strictly in cash; they have huge safes.)

And therein lies the regulatory risk of investing in marijuana, even indirectly. Under federal law, marijuana remains a Schedule 1 drug, meaning it has no medical use and a high potential for abuse. Yet, in a hopeful sign for advocates of federal legalization, the spending bill recently adopted by Congress includes a bar on the Department of Justice’s using federal funds to interfere with state-legal cannabis operations.

Still, absent any changes in federal drug laws, the FBI conceivably could someday bust players, effectively shutting the industry down. But as more states legalize marijuana in some form, intervention seems less and less likely for political reasons. And even if this did happen, it would seem more likely for recreational marijuana than for medical.  Notably, Innovative Industrial’s website touts the company as “the leading provider of real estate capital for the medical-use cannabis industry.”

However, investors who aren’t slaves to their advisors’ recommended asset allocations might want to consider more opportunistic investment to take advantage of the rare opportunities fueled by America’s new state-legal freedom to use marijuana and the planet’s obsession with faster download speeds.


David Sheaff Gilreath, CFP® a 36-year veteran of the financial service industry, established Sheaff Brock Investment Advisors LLC, a portfolio management company based in Indianapolis, with partner Ron Brock in 2001. The firm now has more than $1 billion under management.

You May Also be Interested in
Most Popular
Flu Cases Near 30 Million in the US, CDC Reports
Erectile Dysfunction, Sexual Symptoms Linked to Increased Mortality in Men
Comparing RT-PCR and Chest CT for Diagnosing COVID-19
Concern Over Sleep Apnea and Coronavirus Transmission
Gastrointestinal Issues Could Help Diagnose Coronavirus