If You Invest in Lyft or Uber, You Might be Taken for a Ride

MAY 08, 2019
Paul Jacobs
Investors should not be hasty to jump into Lyft and Uber. They could be taken for a ride.

Uber’s initial public offering (IPO) is expected the week of May 6, and many investors are lining up to climb aboard. Lyft’s stock made its debut in March. While its share price shot up initially, it has declined since.

It’s easy to see why many investors are excited about Uber’s potential. Ride-hailing apps have made getting around cheaper and easier, whether you’re away from home or not. But it’s important to separate how you feel about the company’s service as a customer from how you view it as a potential investor. 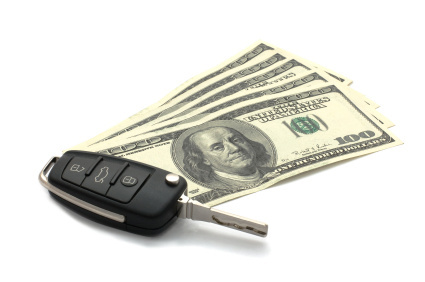 What should you look out for?

Many IPOs are priced with an intentional built-in “pop”: a significant jump in price immediately after the shares go public. Such a pop does not represent free money. It arises from companies deliberately leaving money on the table when they go public. Whether Uber will do this remains to be seen.

But investors should instead focus on the company’s long-term prospects. Like many other tech startups, Uber has long emphasized growth over profits. Uber announced it lost $1.8 billion last year. Excluding a one-time gain from the sale of unprofitable businesses in Russia and Southeast Asia, that loss grows to a whopping $3.3 billion.

While Uber could be profitable someday, no one knows if or when that will happen. It might gain millions of customers and still not be profitable.

Although Uber is the dominant player in the ride-hailing space, it still faces serious competition, primarily from Lyft. Furthermore, traditional taxi companies are making moves to catch up. Some have launched their own apps, while others work with services like Curb, which connect riders to taxi companies rather than individual drivers.

Uber remains the market leader by far, but its position is not unassailable. People also have the option of not taking rides at all. Given how relatively new ride-hailing services are, we have yet to see how they perform in an economic downturn.

Uber seems eager to set itself apart from the competition through technology, especially self-driving cars. While Lyft and others are also pursuing this goal, Uber has tried to get out in front where autonomous vehicles are concerned.

It seems likely that self-driving cars are coming eventually, but how close are we? Uber faced a major backlash after one of its autonomous vehicles struck and killed a pedestrian in Arizona in March 2018. Even the CEO of Waymo, currently the leader in self-driving car development, recently conceded that we are decades away from widespread self-driving cars and that they are unlikely to perform under all weather conditions.

The biggest issue that should give investors pause is Uber’s existing business model. Part of the reason Uber has dominated until now is that it has subsidized prices in pursuit of market share. Uber’s leaders have always been open about the fact that its low prices are intended to be temporary.

Will riders stick with Uber if those low prices go away?  In a place like an airport, with many ride-hailing companies and taxi services to choose from, Uber’s low fares currently give it an edge. But if Uber increases prices, will customers stay loyal? And if Uber continues subsidizing prices to keep customers, how will it become profitable?

I am not suggesting that Uber – or Lyft – is necessarily a bad investment. Either company or both may work out how to thrive. But most individual investors should be wary of jumping into an IPO, even for a company whose services they like, when the road to profitability is dicey.

Where should you put your money today?

The answer isn’t “exciting,” but it is proven. The best investment strategy, tailored to your individual circumstances, is to buy low-cost funds that let you diversify your investments among small and large stocks in the U.S. and abroad.

Index funds are the best choice for the majority of your equity investments. But actively managed funds should play a role too. In specialized areas, such as emerging markets and natural resources stocks, they can help lower risk and potentially boost returns.

Rebalance regularly so that your basic asset allocation—the split between stocks and bonds—stays roughly constant over time. This also serves to reduce risk.

As the stock market hits new all-time highs, you may be tempted to invest everything in the market. Or do the opposite and sell everything. Neither is a wise choice.

If you decide to invest in Uber, Lyft or both, go easy. If you want to have some fun with “recreational” investing, a small position won’t hurt you if it doesn’t work out. But for serious investing, you need a serious strategy.

Paul Jacobs, Certified Financial Planner (CFP®) is the chief investment officer of Palisades Hudson Financial Group, based in its Atlanta office. He is a contributor to the firm’s newly revised book on financial and life planning, “Looking Ahead: Life, Family, Wealth and Business After 55.”