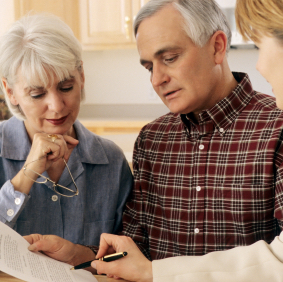 In the greatest wealth transfer in world history, American millennials and Gen-Xers will collectively inherit from their baby boomer parents up to $68 trillion over the next 25 years.

Already under way, this transfer—described in a recent report from consulting firm Cerulli Associates—involves some 45 million U.S. households, many of which are those of high-net-worth individuals such as physicians.

These heirs should be taking steps to take care of the wealth they’ll inherit. Yet studies show that about 70% of  private legacies disappear by the end of the second generation after they’re bequeathed and about 90%, by the end of the third generation. The reason for this is that these heirs are far more focused on spending their inherited wealth than on preserving and growing it.

Understandably, they may not be capable of managing these assets themselves. But they also fail to make plans to hire quality advisors to do so—after firing the advisors who helped build the wealth they end up enjoying. Historically, nearly 66% of these heirs have fired their parents’ advisors, according to a study published in InvestmentNews.

Advisors aren’t blameless in this. Surveys show that only a small minority of advisors seek to include the families of their clients in planning discussions so they can form a relationship.

No less at fault are the boomer parents. Many wealthy individuals fail to involve their grown children in legacy planning or even to introduce them to their advisors. This is part of a broader failure to discuss inheritance with their kids in any detail; surveys show that most don’t.

Because these lapses, the stage is set for legacies of the current, great wealth transfer to dwindle rather than be sustained. To avert this unfortunate outcome, late-career physicians with grown children should consider these steps: David Robinson, a Certified Financial Planner, is founder/CEO of RTS Private Wealth Management, an SEC-registered firm in Phoenix that provides fiduciary services to help clients achieve their financial goals. His practice focuses on helping wealthy individuals with custom financial plans, using a holistic approach to grow/protect wealth, manage taxes, identify insurance solutions, prepare for retirement and manage estate plans.