Historical Reasons to Believe the Bull Market May Still Have Legs 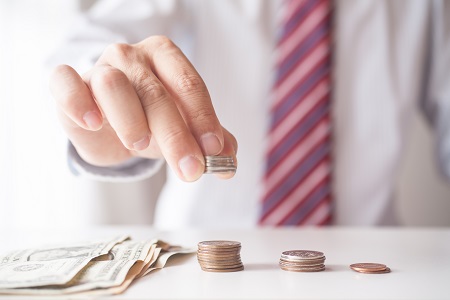 After nearly 11 years of a bull market that was born in the crater of the financial crisis of 2008-2009, many investors seem to believe that the bull’s duration necessarily means it’s about to turn bearish.

This view has some serious flaws. The first is that bull markets don’t have any kind of shelf life. They don’t die from old age, but from specific causes, such as poor earnings or widespread unemployment that causes poor earnings. Never mind that no such symptoms are present; quite the contrary.

And although the market is still going great guns and hitting new highs, fears of a near-term bear market are prompting many to take money out of stocks and invest it in bonds with historically low yields, fueling brisk bond inflows at an unlikely time. The Bloomberg Barclays US bond index increased a whopping 8.8% last year.

This trend is linked with all the caterwauling these days about the supposed end of the current bull market and the onset of recession (remember the yield-curve-scare hype last summer?). Like the apocalypse, the next recession seems always imminent but never arrives.

One reason people are so fearful is that they assume the past decade’s market performance is part of a longer swath of high returns. But it is. To hear them talk, you’d think that annualized return over the past 20 years had been historically fabulous, but they haven’t been thus. Their illogic is: The pendulum must be about to swing back when precious little in the causative factors indicates it will.

Many mistakenly believe that the current bull market has been so great that it must have lifted the longer term—the past 20 years—to beatific heights. But the surprise for these investors is that it hasn’t—not at all. In reality, the period from 2000 through 2019 was historically pretty poor.

While the poor 20-year period just ended should come as no surprise to market history nerds mindful of the impact of the financial crisis of 2008, many investors are apparently overlooking this.

These investors are: Investors whose fears are dominated by recessionary fears, believing the economy will soon peter out and pull earnings asunder, may be overlooking the reality that, because the economy recessed so deeply in 2008, it has understandably taken a long time to come back. Some economists now look back on the recession as more of a depression, especially for some companies and industries.

To the extent that history may be a guide, what does historical market performance (as gauged by the S&P 500) suggest about the potential for it to keep cranking—and for how long?

Of course, as markets and economies change over time, historical patterns can easily fall apart, so there’s no substitute for the currency of a real-world assessment of known factors likely to drive or dampen the market. With the S&P 500 and the DJIA hitting record highs recently, many scoff at the notion that returns will be good for the next decade.

Yet a wealth of factors suggest that economic and market growth could very well continue: high employment; great productivity; reliable investment in U.S. markets from foreigners with nowhere else to go for decent returns; and the tendency of forward-looking investors to pile into investments in new technologies, which have driven industrial revolutions throughout history.

Fields of current, emerging or future direct investment include: biotech based on the human genome; 5G telecom and related industries positioned to exploit the resultant data tsunami;  artificial intelligence/robotics, which renders humans unemployed but turbocharges productivity; quantum computing, seen as an eventual microchip industry bonanza; and blockchain tech, hundreds of applications for which are now under development because of its vast potential for audit-perfect record-keeping and transactions. This tech outlook is another way that the current period may be 1990 all over again.

Am I saying that the market is certain to keep cranking out new highs indefinitely? Absolutely not. The necessary growth- breathers of corrections and downturns will see to that. We are quite short on these of late, given the historical average of two 5-percenters or one 10-percenters per year.

What I’m saying is that, contrary to the widespread view, there’s no good reason to believe that the market is about to fall off a cliff. And there are many good current and historical reasons to believe that index returns may be pretty good for the next decade—not necessarily great, but pretty good.

David Sheaff Gilreath, CFP® a 36-year veteran of the financial service industry, established Sheaff Brock Investment Advisors LLC, a portfolio management company based in Indianapolis, with partner Ron Brock in 2001. As of late 2019, the firm was managing nearly $960 million in assets nationwide.

You May Also be Interested in
Most Popular
Flu Cases Near 30 Million in the US, CDC Reports
Should Women Age 65 and Older Be on Hormone Therapy?
Top 10 Painkillers in the US
Investigators Test Treatment Regimens for Psychiatric Disorders with Insomnia
FDA Approves Osilodrostat, A Non-Surgical Option for Cushing's Disease