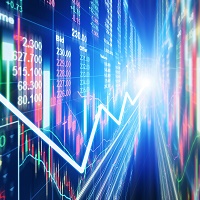 It has been more than 40 years since the institution of “Bogle’s Folly,” the original Vanguard 500 index fund for retail investors. The results speak for themselves as index funds have repeatedly and continuously outperformed the vast majority of the actively managed mutual funds in their asset class over the long term. The obvious truth behind Bogle’s Cost Matters Hypothesis, along with the significantly better overall performance, has convinced both professional and personal investors of the merits of this passive investing approach. However, since 2004 there have been a growing number of “fundamental index funds” seeking to capitalize on the popularity of more traditional index funds.

To understand the idea behind a “fundamental index fund” you have to look under the hood to understand how a traditional index fund is designed. Traditional stock indices, and the funds that track them, are composed of stocks in a “capitalization-weighted” manner. That means that if the value of Apple makes up 2% of the value of the stock market as a whole, then 2% of the value of the stock index, along with 2% of the money in the index fund following that index, will come from the performance of Apple. The main benefits of this approach are that it is very easy to run this type of a fund, it is very inexpensive to do so, and you can essentially guarantee that investors will achieve the same return as the market they are investing in. If the stock market goes up 10%, so does the value of the investment.
A proponent of a fundamental index, however, would argue that there is a better way than market capitalization to decide how much money to invest in each stock in a fund. For example, one method has been to invest the same amount of money into each company, so that an investor has the same amount of money invested in Apple, currently the largest (worth $653 billion) US company, as in Telephone and Data Systems, Inc., the 1,000th largest (worth $3 billion) company in the US and in Information Services Group, Inc., worth just $140 million. Although it might not seem smart to invest the same amount of money into two companies, one of which is 5,000 times larger than the other, the results of doing that seem promising, at least when viewed through the rear view mirror of back-tested data.

While the back-tested data tells a compelling story, I find it far more interesting to see how fundamental index funds have done going forward. There isn’t a lot of long-term data, unfortunately, as none of these funds have been around for more than 10 years. One of the more well-known fundamental index funds with a fairly long track record, is the PowerShares FTSE RAFI US 1000 ETF (PRF), which follows an index which contains the 1,000 largest stocks in the US weighted on multiple fundamental factors including book value, cash flow, sales, and dividends. It can be reasonably compared to a cap weighted index fund such as Vanguard’s Large Cap Index Fund (VLCAX) which tracks the 750 largest stocks in the US based on market capitalization. Over the last five years, VLCAX has outperformed PRF by 14.23% to 13.60% per year. Over the last 10 years, PRF outperformed by about 0.5% per year. Rather disappointing if you were expecting to outperform by 2% a year, although 10 years is not necessarily the long term.

Critics of fundamental indexing claim that what it really does is provide a small/value tilt. According to research done by Fama and French, the returns of a large basket of stocks can be explained primarily by the size of the companies and by how “valuey” they are. Just like for large stocks, there are cap-weighted indexes of small stocks and value stocks. When you check the data, you can see that small and value stocks outperformed larger and growthier stocks over the last 10 years, so you would expect the fundamental index fund to outperform. Likewise, over the last five years, larger stocks and growthier stocks have outperformed their counterparts. Detailed studies of whether fundamental indexing shows any advantage over simply “tilting” your portfolio toward small and value stocks show no statistical significance.

In many ways, fundamental indexing is little different from an actively managed mutual fund. Many active managers pick stocks based on fundamentals. In fact, many “quantitative” fund companies have been using computer models to pick stocks for decades, just like a fundamental index fund does. The long-term data on active management, whether a person picks the stocks or a computer does, is quite clear. Very few mutual funds outperform their respective capitalization-weighted index over the long term, especially when adjusted for the Fama/French factors of small and value, and it is impossible to pick them in advance. Critics say that even if you call it “fundamental indexing” or its newer term, “smart beta,” it is really just active management in disguise.

Finally, studies have shown that the best predictor of future mutual fund returns is cost, not past performance. Fundamental indexing simply costs more than capitalization weighted indexing. The funds are not as large, and thus do not benefit as much from economies of scale. Rather than rebalancing automatically as a cap-weighted index does, a fundamental index must be rebalanced from time to time, incurring additional transaction (and tax) costs. In addition, there is no mutually owned mutual fund company (such as Vanguard) offering a fundamental index fund, adding the cost of corporate profit to the mix. Thus, it is no surprise that the expense ratio of even a popular and relatively low cost fundamental index fund such as PRF is 8 times higher than a total stock market index fund at Vanguard. You cannot predict future performance, but is very easy to predict future costs.

In conclusion, while there are far worse ways to actively manage a mutual fund, fundamental index funds do not appear to be the revolution its proponents would have you believe they are. You can get the same performance at lower cost simply by tilting a portfolio toward small and value using a cap-weighted total stock market index fund and a cap-weighted small value index fund.