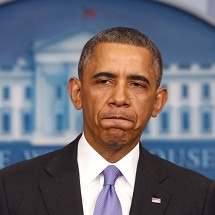 UPDATE: After a day of speculation, Pfizer and Allergan officially called off the merger Wednesday morning. This post has been updated accordingly.

Shares of Allergan Plc. tumbled Tuesday as word spread that Pfizer Inc. was looking to back away from plans to acquire the Irish drug company for a reported $160 billion.

The news came as the US Treasury Department announced new rules aimed at foiling so-called "tax inversions," whereby larger companies merge with smaller foreign-based rivals in order to relocate their headquarters to a lower-tax country. The practice has come under increased scrutiny in recent years as big-name firms, such as Burger King, have taken advantage of the tactic. Walgreen Co. backed away from a similar deal two years ago under public pressure.

According to Reuters, which was first to report Pfizer’s apparent change of heart, the companies are worried their deal wouldn’t be allowed under the new rules. The party that terminates the deal would owe the other $400 million, Reuters said.

Pfizer had previously attempted to purchase AstraZeneca in 2014 in another attempt to relocate overseas. Pfizer is currently based in New York. AstraZeneca is headquartered in London.

Both Allergan and Pfizer declined to comment for the Reuters report.

In a press conference earlier Tuesday, President Barack Obama connected tax inversions with the release of the so-called “Panama Papers,” which detail how foreign leaders and others have used shell companies in order to avoid taxes or hide funds. He said tax inversions are another example of business strategies that hurt the American economy.

"When companies exploit loopholes like this, it makes it harder to invest in the things that are going to make the American economy strong for generations to come,” he said. “It sticks the rest of us with the tab, and it makes hardworking Americans feel like the deck is stacked against them.”