How Your Taxes May Change in a Trump Administration 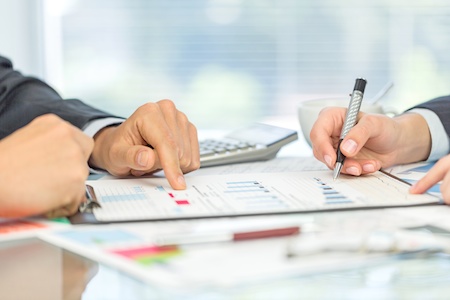 In the confusion and rancor of the election, the media really didn’t focus on the tax plan proposed by Donald Trump this fall. As a result, we’re just now beginning to ask the question, “How would our taxes change in a Trump administration?” The truth is, nobody really knows at this point, not even Donald Trump. Tax bills must first wind their way through Congress before arriving on his desk for signature or veto. Currently, Mr. Trump’s proposed tax plan (originally published in 2015 but revised in September 2016) has something for everyone. Let’s take a look:

If you were in the highest tax bracket, you would see your marginal tax rate slashed 10.4% (from 43.4% down to 33%) and you would get to fully use your itemized deductions up to $200k for MFJ (no more please limitations). Taxpayers in lower brackets would benefit from a standard deduction of $30k for MFJ along with a tax credit and deduction for care of children below 13 years. Trump also proposes a tax-favored childcare savings account of $2k per year per child (similar to a Health Savings Account), which could benefit both high- and middle-income working parents.

Key provisions:
What the 15% rate means for you:


At this point, we’re not sure how the 15% business tax rate will be applied. In 2015, Mr. Trump proposed applying the 15% rate to all business earnings, including partnerships, S-corporations, sole proprietorships, and C-corporations. The 2016 version states that, “This rate [15%] is available to all businesses, both small and large, that want to retain the profits within the business” [emphasis added].

My belief (and I hope I’m wrong) is that this rate would apply only to C-corporation profits that are not paid out in dividends. Since the current top corporate rate is 35%, the net effect would be corporate profits income tax of 15%, which, when added to the 20% tax on dividends, gets us back to 35%. Voila! If I’m right, business owners will have more incentive to change from S-corporations, partnerships, and single member LLCs to good ole fashioned C-corporations.

Why the 10% repatriation tax could be a big deal:


The US presently has the 3rd highest general top marginal corporate income tax rate in the world. Because of this, American businesses, including Microsoft and Apple, have stockpiled an estimated $1.4 trillion cash in foreign countries. CEOs of these corporations will be highly incentivized to pay the 10% repatriation tax in order to unite corporate profits under the umbrella of a 15% tax bracket.

In my opinion, the repatriation tax could be very good for American workers and shareholders. These businesses will have money to pay dividends (probably to your own mutual funds), build infrastructure in the US, and hire more American workers.

Estate taxes
Key provisions:
What it means for you:


Trump’s proposal states a $10M floor for beneficiary capital gains taxation but it has been interpreted to mean estates over $10M per couple not per person. In other words, heirs of estates valued at least $5M would get no step-up in basis, unless the estate consisted of a small business and/or family farm. Beneficiaries of estates valued at $5M+ will owe capital gains taxes if and when they eventually sell the asset. The net result would be to reduce effective tax rates by over 50%, from a top estate tax rate of 40% on the full estate to a capital gains rate of 20% on the gains only.

On November 11, Forbes reported that the Republican congressional leadership is seriously considering a unique reconciliation procedure to see to it that some of Trump’s highest priorities are quickly enacted in his first 100 days. If so, it won’t be long until we can begin our 2017 tax planning.

So, what should you do right now to be in a position to take advantage of these potential changes? Michelle has some thoughts in this month’s vlog.

You May Also be Interested in
Most Popular
Denise Daley, PhD: Early Asthma Interventions for Infants
Top 10 Painkillers in the US
Ongoing Research in Treating Hypercholesterolemia
Visual Impairment, Dementia Are Detrimental to Independence of Older Adults
Excessive Caffeine Intake Could Trigger Migraines