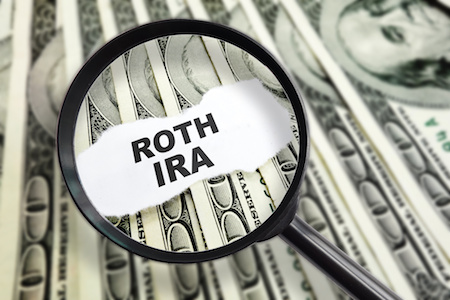 Imagine having a stash of hundreds of thousands of tax-free dollars awaiting your retirement.  No rules about what you can use the money for, and no limits - at any time you choose, you can take out all, a little, or none. And because you aren't required to take onerous RMDs (Required Minimum Distributions), you can leave a bundle of tax-free income to your heirs and they'll never pay a dime of taxes, either.

I'm describing a Roth IRA, a valuable financial planning tool and a potent estate planning device. You can contribute up to $5,500 to a Roth each year or $18k into a Roth 401k ($6,500/$24k if age 50+) but it’s unlikely you’ll get to 6- or 7-figure accounts that way. You also need to make periodic Roth IRA conversions.

A Roth IRA conversion is a way of moving money into a Roth IRA without making a direct contribution to a Roth IRA. You are "converting" the character of your savings from a traditional retirement account to savings that will forever grow tax free. While you have until April 15 to contribute to an IRA, conversions are always made on a calendar year basis.

There are several ways to convert retirement funds into a Roth IRA:
And here’s one of the best incentives to convert to a Roth: The IRS lets you “recharacterize” your conversion if you change your mind later. I call it a Roth conversion mulligan. You have until October 15 of the year following the year you converted to recharacterize, or “undo”, the transaction, if the stock market drops or you can’t pay the tax bill. One nifty trick is to convert sectors of the market into several Roth IRA accounts (Large caps, International, and REITs, for example). You would recharacterize only those sectors that are down, leaving the sectors that have gained alone. If you convert on January 2, you have 21.5 months to decide what and how much to recharacterize!

But how are Roth IRAs a "fabulous way to build wealth", as my title claims? In the next article, I'll refute the conventional wisdom that you should wait until retirement to convert. Roth conversions, carried out strategically, should be made early to begin the wealth accumulation process. In my next article, I’ll explain why and how you should convert sooner rather than later.