10 Reasons Not To Buy A House While In Residency 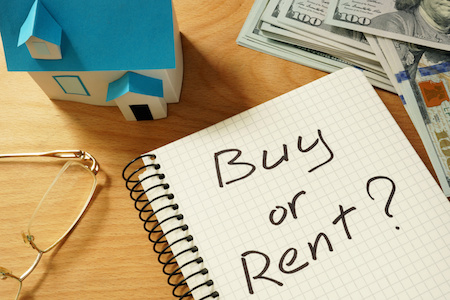 Residency is a short period of time ranging from three to five years.

With any investment, it takes time to see a return. Averaged out over a long period of time the value of a home usually appreciates.

However, within this short period of time you put yourself at risk for higher market fluctuation. For example, what you would have bought in 2006 might have looked like a good deal up until 2008. Then, upon graduation in 2009, it's likely that you would have sold your residence for a loss if you would have to move.

At the time of this post, the housing market has seen year after year growth since 2011 in most markets. The current real estate market is at new highs with many markets far above lows of 2008 and even highs of 2007 before the crash. No one can predict where the housing market will go and in some ways you take a risk for a huge financial loss if the housing market were to downtrend while you are in residency.

Of of my friends disclosed to me that she bought her condo during residency for $165k and sold for $173k. After closing costs of 6%, loan origination fee of 1% and maintenance she told me that she ended up losing about $10k over the course of 3 years. This also doesn't include the headache of being the one required to fix everything that breaks on the house as opposed to the landlord. In her market the appreciation in three years was not quick enough for her to make any money. A website that I like to use to see if renting or owning is better is the NY Times calculator.


To those who are debt averse, the choice to add another six-figure debt on to student loans adds extra stress that can be alleviated with renting. The stress of another loan payment is extra pressure during residency that some people do not want to be responsible for. The counter argument to this is that renting is also a recurrent expense. The difference is that you are not adding debt by renting and to some they would rather not add another large amount to the level of debt that is owed.


After working a 28-hour shift, very few people want to come home and worry about an appliance in their house not working. While renting, broken appliances are the obligation of your landlord to fix. Maintenance costs also add 0.5%-1.0% annually to the upkeep costs for a house. Buying a condo for $150k works out to $1,500 a year in expected maintenance fees. If you buy in an area that also has an HOA fee, that money spent on HOA fees will most likely not be recouped at the sell of the property and can be additional money spent on top of maintenance fees.


Homeowners' liability (especially if you own a pool) and flood insurance all come at a premium and are necessary in most areas (I say most because flood is not required in all areas). Some physicians forget to factor in this cost to their monthly budget and soon find that the money spent on insurance every year quickly adds up to a large amount. Thankfully if there ever was a disaster you would be covered, but paying these premiums every month is often something that is overlooked when figuring out the purchase price of the house. This cost can be avoided while in residency by choosing to rent and only maintaining rental insurance which runs between a modest $10-$20 a month.


Let's face it, the doctor mortgage that you might get approved will be a lot less than the one of a new attending or moonlighting fellow. This may mean that location may have to be sacrificed to find a place that fits your budget. Owning a house or condo is some markets can mean that the resident will be forced to live further away from work as opposed to if they would have rented. Many areas near medical centers have places to buy that are too expensive for residents. For example, to live in a house or condo as a buyer near the Houston Medical Center would cost more than the average resident could afford. However, renting in this same area can be achieved for $1,200 a month or less. This will vary per market but as they say in real estate, location is everything. One resident that I worked with bought a house 30 miles from the medical center and his drive home with traffic turned out to be one hour each way. You do not want to find yourself in a similar situation. If buying means a less desirable location in order to afford the place, think twice while in residency.


Potential trouble selling when wanting to buy the next house


Moving to that new attending job or fellowship can be stressful with lots of unknowns. Trying to sell a house in another city or state adds excess stress that for most is not worth it. There were numerous fellows at my program that in the first months of fellowship were freaking out how they were going to sell their house in another state as they had not had any offers yet and were running out of money. Fellowship or being a new attending is hard. If you own a house in a lukewarm or cold market, take this into consideration when you may want to sell after residency is over.


In select high cost of living cities it's far more expensive to buy than it is to rent. For example, in San Francisco, rent may be expensive, but good luck finding a mortgage for less than seven figures. Even with physician loans, in some cities the cost of owning a single family home might not be an option. As such, some choose to buy a condo or apartment. These usually appreciate at much slower rates compared to single family houses. Even if your market is hot or lukewarm, odds are the your condo and apartment buyer and seller market will be a lot less active than the single family houses. Don’t expect your returns to mimic that of other houses in the city. Compare apples to apples meaning condo prices to condo prices.


Not knowing the neighborhood


When moving to a new city, neighbors can be the difference between being in a trendy area and an unsafe one. Some medical centers are located in some questionable parts of the city in regards to safety and crime levels. Moving to an unknown city while unfamiliar with the neighborhoods may set yourself up to be disappointed with where you have purchased. Ideally, a good real estate agent should steer you from theses areas but there are many laws that limit what they can and can not tell you when touring a neighborhood (such as crime rates).


Obtaining a physician loan or even a conventional loan runs the risk of requiring higher APR than that of an attending when finished with training. The higher interest rates will cost more money over time. In most cases when a resident chooses to buy a house they also enter into a 30-year mortgage instead of a 15-year mortgage. In a previous post on my website, I discussed why a 30-year mortgage can cost a lot more money over the term of the loan even when accounting for deductions. In all fairness, there is always the option to refinance at some point in the future but that also relies on interest rates remaining as low as they currently are. Remember, there is no guarantee that in tree to five years interest rates will continue to be this low and your opportunity to refinance at a lower rate might not be available.


Some buyers are forced to become an instant landlord


While in residency, the friend that I mentioned above told me due to the high cost of owning a home, she was forced to get a roommate to make ends meet. This can work in your advantage if you are single and don’t mind living with someone. However, she has a family and this decision was a need more so than a want. After living with her husband and no other roommate for years, they eventually came to the decision to get a roommate to help make ends meet. This person ended up not caring for the items in her house and did several hundreds of dollars worth of damage to the sheet-rock and carpet. After working in the hospital and on call it might not be worth trying to find a room mate or get them to live by the rules of your household.


Summary:
Buying increases financial risk and decreases liquidity when making the transition from resident to fellow or attending. I do believe that home ownership CAN benefit certain residents, but this number is far fewer than those who benefit from renting.

You May Also be Interested in
Most Popular
Consuming More Whole Grains Could Lower Diabetes Risk
Incarceration Devastating for Kids: How Big Bird Is Helping
Comparing RT-PCR and Chest CT for Diagnosing COVID-19
Discovery of Brain Receptor Structure Could Improve Epilepsy Drugs
The 10 Worst Things Patients Can Say to Physicians