5 Reasons Why Radiologists Are NOT 'Real Doctors' 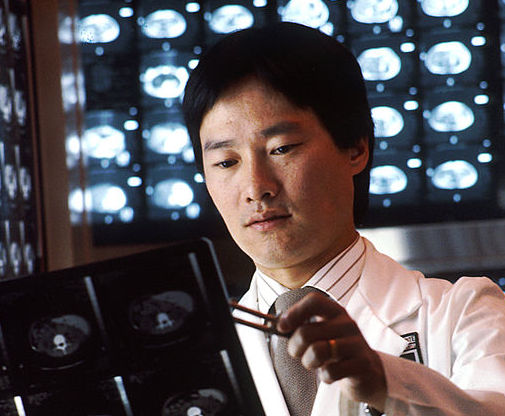 I recently came across McLarson, MD's very interesting article 5 Reasons Why Radiologists Are 'Real Doctors' on PMD.  While entertained, I was surprised that someone would take a joke so far.  Check out the original post if you haven't already as I will be responding (mostly) to arguments made there.  As a future interventional radiologist, I respectfully disagree with the view.  Here are five reasons why radiologists are NOT "real doctors".

1.  False premise - No one is saying (at least not to me) that a radiologist's medical education isn't real or somehow not as valid as another physician's. The reason for the quotation marks around "real doctors" is very simple - we overwhelmingly are NOT the kind of doctors that rush to run code blues. In that sense, pretty much most physicians outside of critical care, ER, and anesthesia are not "real doctors".  The medical community is well aware of this; all you have to do is visit Gomerblog for articles like this one.  And we are not alone; they make fun of every specialty!
2.  Internship fades - I completed a one-year internship in internal medicine prior to beginning radiology residency.  Do I retain everything I learned during my year as an internal medicine physician?  I don't think you need an MD behind your name to answer that.  Yes as radiologists we know a lot of stuff, yes we are extremely valuable in patient care and management, but the knowledge we acquire and utilize on a day-to-day basis are relevant to our jobs.  And that's the key - everyone knows stuff relevant to their jobs. Perhaps an internal medicine physician does not know the difference between a Monteggia and Galeazzi fracture, but try asking an orthopedic surgeon.

3.  The ubiquity of radiology is rivaled by its obscurity - Yes radiology is in pretty much every single diagnostic algorithm outside your garden-variety otitis media.  But at the same time, we are consultants by and large, which means we don't have the same level of exposure to direct patient care as the urologist down the hall.  In fact, the only specialty I can think of that has less patient interaction is pathology.  As a result, we have very little public "mind share".  I frequently get mistaken for a radiology technologist when I tell people I am a radiologist.  How "real" are you when your patients don't even know you are a doctor?

4.  IR is awesome but... -As someone who is matching for IR fellowship this winter, I would be the first to tell you IR is an amazing specialty.  Interventional radiologists have a great amount of patient interaction and we get to do some amazing things on a day-to-day basis.  We get called in at night to do arterial embolizations and TIPS for GI bleeds, we put in dialysis access for patients whose kidneys can't function, and we do a lot of other things that most people don't even know we can do.  So on this entirely ridiculous scale of "realness", IR docs are the "realest" of all radiologists.  But here's the deal, did you notice the missing "sub" in "subspecialty" in the first sentence?  IR got so "real" it has become its own independent medical specialty.

5.  Radiologists have a sense of humor - and self-deprecating humor is often the best kind.  I frequently tell people I'm not a "real doctor".  Let's face it, most people associate doctors with workaholics who never get to see his/her family.  As radiologists, we have great impact in patient care, we interact with brilliant colleagues from all different specialties on a daily basis, and to add insult to injury - we have fantastic work-life balance.  We usually aren't called in at 3 am to perform life-saving procedures (except IR).  Most of the time when a colleague jokingly tells you that you aren't a "real doctor," it's exactly that - a joke.  In fact, most often that statement is followed up by "I should have gone into radiology".

So, radiologists, get rid of that chip on your shoulder.  Next time when someone tells you that radiologists aren't "real doctors," instead of getting defensive arguing against a false accuser (see #1 above), laugh a little and say - "Totally agree!  But have you heard about the orthopedic surgeon who transfused the patient to 100% hematocrit?!"

Thoughts and comments? Reach out to me at http://futureproofmd.com/.

You May Also be Interested in
Most Popular
Cancer Survival Complicates Chronic Pain Management
Secukinumab Reduces Spinal Pain for Axial Spondyloarthritis
Top 10 Painkillers in the US
Flu Cases Near 30 Million in the US, CDC Reports
Belimumab Safe and Effective Treating Systemic Lupus Erythematosus