They Called Me Four Eyes 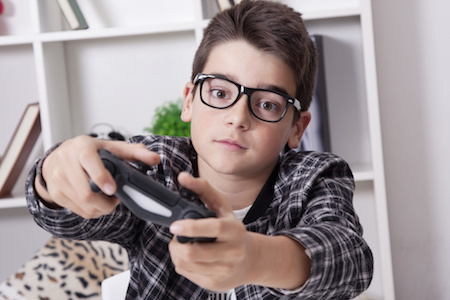 Over the last two years, it has been my honor to write, educate, and serve you. I had this thought the other day- my readers at Physician's Money Digest don't understand my story yet!

If by some chance, this is your first article of mine that you've read, I would like to humbly ask you to peruse oodles of free content where you can access the entire archive from Physician's Money Digest.

Maybe... you've been wondering, "Who is this guy? Why does he write so much & serve physicians?"

Before I get into that, let me tell you a story...

Seeing Yourself Through Your Child's Eyes

Have you ever looked into your child’s eyes, heard what they are going through, and saw yourself? Have you felt like you were re-playing your childhood?
My family and I often sit around the dining room table for dinner (when we are actually altogether!) and inevitably the 4-year-old would be making a mess, bits of food strewn across the ground and the 10-year-old would be saying something brilliant while picking at her broccoli that she doesn’t want to eat. Or simply the kids say or do something crazy or random. It usually involves a random act that reminds me or my wife of an aspect of the other spouse’s personality.
My wife and I trade back and forth exclaiming, “That’s you coming out! That’s not me!”

It’s a game that goes round and round, and causes peals of laughter around the table. Of course, Eva, our four-year old has pretty much no idea why she is laughing, but she laughs her cute big-belly laugh anyhow.
My oldest daughter, Gabby reminds me so much of myself. She loves fantasy books and running. In the 6th grade, she is blessed with one large brain- she’s been in honors classes for the last 3 years. At school, she loves math, science, and engineering.
At the same time, she is incredibly shy. If you say hi to Gabby, she’ll look up shyly and nervously and lets out a small, barely audible “hi”. She gets nervous when she speaks and is the complete opposite of a social butterfly.
Don’t get me wrong- she has some very close friends, it’s just a small circle rather than a big circle.
Good god, that’s just like me! She is the mini-me female Dave.

As a kid, I was just like that. I had obscenely large glasses. I was sensitive, smart, gangly, and unsure of myself. I loved comic books, Duck Tales, Teenage Mutant Ninja Turtles, and playing on the old school Nintendo. Yes, I was a nerd. Yes, they even called me four eyes.

Luckily, Gabby got some of her mother’s looks! =)

You might be wondering... an introvert, an analytical...how and why did he become a financial advisor? Aren’t they usually extroverts?
The truth is I love math and numbers, and I’ve always been goal driven and competitive -- I hate to lose! I love to read, learn, test, and try new theories and ideas. I’m a skeptical dude. So, I’ve got to double-check and triple-check everything.
These characteristics molded me into loving finance and financial planning and the quirks around it. Now that I’ve been in this industry for 13 years, I’ve seen pretty much everything and I still love it. Although, I certainly get heart-burn from time-to-time! It fascinates me every day. Of course, nerdy Dave is still lurking around even when talkative, extrovert Dave shows his face to clients.

Why Choose To Focus On Physicians?

Let me share with you my story and why I am so grateful for the dedication and expertise of physicians like yourself and those you teach.
It was May 13th, 2012. Mother’s Day.  My wife, Cyrena, was having an incredibly difficult pregnancy. She had pounding headaches, blurred vision, and searing pain throughout her body. As a matter of fact, she had been in and out of the hospital for the last two weeks. Our tiny daughter was only developed 23 weeks in gestation. Her due date was September 9th, 2012. Unfortunately, my wife had extremely early onset toxemia and preeclampsia.
Amid tears, she gripped my hand as we were told, “The blood flow is slowing between mom & your daughter. She is fighting, but she is getting weaker and weaker. In our opinion, she needs to come out, but it’s your choice”.
Being the analytical that I am I asked, “What are the chances of her surviving?” The doctors did not want to say. I pressed the question again. With a deep swallow, the doctor in fellowship answered, “Less than 40%, but in her case it is either all or nothing. She has several good things going for her.”

Here we were, at the crossroads- faced with an incredibly important and mind numbing decision. This was literally a life and death decision. We could get screwed either way.
With a heavy sigh and two heavy hearts, we agreed with the doctor’s opinion and asked them to proceed.  There I was trembling, turning around explaining the situation to my six year-old daughter Gabby. I got down on one knee.

Tears were rolling down my cheeks. I told her, “Gabby, I need you to believe with me. Your sister might not make it today.” Gabby’s eyes got so big. Her eyes started watering. I thought I was going to lose it. Leaving Gabby with a family friend, I then promptly went into the surgery room to be with my wife. I was trembling and gnawing with anxiety. I couldn’t stop pacing.
An hour and many prayers later, the doctors were right. Our little tiny baby, barely halfway through the pregnancy process, made it. She survived! Born at nearly 12 oz (a few ounces short of one pound!), she is our miracle baby.

We named her Evangeline meaning “bearer of good news”. This experience changed our lives forever. Our lives revolved around the hospital. As we were in the NICU for nearly five months, my wife and I had the opportunity to get to know many residents and fellows and listen to what they went through.
Anyhow, from time to time, my family and I have continued to visit the NICU clinic.  I can’t believe how far we have come. I am so grateful to those doctors. I could have lost both my wife and my daughter. On May 13th, 2014, it was Evangeline’s second birthday. She has grown and grown. To this date, there are no lingering effects from Evangeline’s time in the NICU nor her extreme pre-mature birth. I pondered, “How can I give back? How can I help these people who saved my daughter’s life?”

Free Resources for You

From that point on, I set firmly in my mind that I would specialize in working with physicians. I was burning with a passion to educate, inspirate, and motivate physicians to live debt free, liberated lifestyles.

With so many physicians drowning in debt and paying more than their fair share of taxes, it's a bad combo that I know we can work on together.

More than anything, let me just tell you from the bottom of my heart: thank you.

As a way to give back to this incredible community, my mission is to empower you with knowledge and education. I often hear from physicians that they never received financial training in their undergrad, medical school, or in residency.

You can also download nearly 100 audio podcasts, interviews, and articles and checking out my podcast, the Freedom Formula for Physicians.

May you slash your debt, slash your taxes, and live a liberated lifestyle.

You May Also be Interested in
Most Popular
Denise Daley, PhD: Early Asthma Interventions for Infants
Investigators Test Combination Therapies for First-Episode Psychosis in Adolescents
Top 10 Painkillers in the US
What Should I Do With This Abnormal ALT?
Flu Cases Near 30 Million in the US, CDC Reports