The Top 5 Laws of Leadership I Learned From John Maxwell 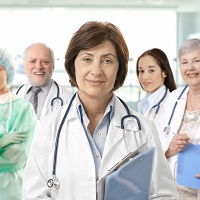 Last October, I had the joy of celebrating my parents’ retirement! It was an amazing moment to share with them.

They’ve worked so hard and so long. They deserve it. As a matter of fact, I flew halfway across the country from Bloomington, MN to Iselin, NJ to help them pack, move back to Dallas, TX, and unpack.

There was no way I was going to let my nearly 70-yea-old parents do all this crazy physical labor. Uh-uh, not going to happen.

I was so glad I did because they probably would have broken their backs. Anyhow...

During the unpacking process, my parents stumbled across a book, The 21 Irrefutable Laws of Leadership by John Maxwell. They sent it home with me and boy, was I glad they did.

There are so many nuggets in this book. In my opinion, it’s a classic that belongs on all of our bookshelves.

I know I am going to be referring to it time after time after time. It’s one of those books that you can relate to and you pick up some vital tools for where you are at now.

Then, you learn and grow and evolve and have more life experiences and a new concept or idea jumps out at you when you read it again, because you can better relate to that particular section or chapter.

While sharing leadership lessons from a financial guy might seem a little strange, let me quickly explain why I chose to share this with you.

For me, my content—my podcast and my book, The Freedom Formula for Physicians—isn’t just about money or finances. Finances are certainly the cornerstone of the process. But, there’s more…

The Freedom Formula is a way of life. It’s about experiencing a liberated lifestyle. This means having financial freedom AND time freedom. This book by John Maxwell reveals a great deal of ways (and a lot of hard work) to achieve time freedom.

All of that being said, there are five particular laws that most spoke to me.

The essence of this message is that your leadership ability determines your level of effectiveness. Basically, there is a ceiling for many leaders, or would-be leaders.

What really hit home for me is that you can be fired up and fully dedicated to success, but your leadership ability is what can increase or undermine your effectiveness.

In the chapter, Maxwell cites the example of the McDonald Brothers. They founded a great company based on a simple model and a simple menu and fast service. They were awesome restaurant operators. They understood how to run a restaurant, to make their systems efficient, cut costs, and increase profits….. but they weren’t leaders.

They were efficient managers. They knocked time and time again against the Law of the Lid as they wanted to franchise, but couldn’t do it on a large scale.

Instead, it took another gentleman, Ray Kroc, to turn McDonald’s into the global monster it is today.

For example, over their career the McDonald Brothers were able to sell the concept to just 15 buyers, of whom only 10 opened restaurants.

There was a lid on the McDonald Brother’s leadership ability and it was inhibiting their growth.

This is a troublesome question for me personally. I was left asking myself, “What is my lid? What am I doing to limit my effectiveness? What can I do to be a better leader?”

What about you? Where is your lid? What are you doing to expand your leadership?

This distilled, summarized law is simple: When the real leader speaks, people listen.

Having been blessed with being placed in several leadership positions, this is an area of struggle for me personally. I know many newly practicing physicians who are thrust into the spotlight, like I have been. We can feel a bit like a deer in the headlights, our eyes fixed on the car that’s just about to slam into us.

A huge takeaway for me in this chapter: When you are put into a leadership role, in a new environment, you have to find out who the “real” leader is.

In a practice, that could be a nurse or a practice manager or a tenured practicing physician. Who are people paying attention to? Who has the respect?

Then, how can we get them to be on our side? For them to present our point of view?

It’s something I certainly haven’t mastered yet, but at least now it’s something of which I can be more aware. I loved this quote from the book…

Rule 3: The Law of Respect

My favorite part of this chapter talks about how leaders could get ranked on a scale of 1 to 10, 10 being the strongest, 1 being the weakest. Someone who is an 8 in leadership doesn’t go out and look for a 6 to follow—he or she naturally follows a 9 or 10.

So, here’s the question…

How would you rank your leadership ability on a scale of 1 to 10? What are your natural abilities? Who are leaders that you would rank as 8s, 9s, or 10s?

Rule 4: The Law of the Inner Circle

Have you ever heard of a mastermind before?

The principle here is that a leader’s potential is determined by those closest to him.

Napoleon Hill author of another one of my favorite personal development books, Think and Grow Rich, emphasized the power of being around like-minded people that are holding one another accountable and sharing ideas and improving consistently.

In addition, within our organizations, John Maxwell emphasized that leaders should surround themselves with five types of leaders.

1) Potential Value: Those who raise themselves up

2) Positive Value: Those who raise up morale in the organization

3) Personal Value: Those who raise up the leader

4) Production Value: Those who raise up others

I never thought of how important it is for leaders to raise other leaders, that it has this multiplying effect. I know that sometimes we can feel threatened or get sucked into the black hole of organizational politics.

Yet, this opened my eyes that the power is in raising up others- in addition to improving ourselves.

Rule 5: The Law of Empowerment

Only secure leaders give power to others.

At the beginning of this chapter, Maxwell talks about the sad story of Henry Ford and how he raised leaders that constantly undermined one another. He even crushed the heart of his son, Edsel, who sadly died at a young age.

I love this quote from Teddy Roosevelt, “The best executive is the one who has sense to pick good men to do what he wants done, and self-restraint enough to keep from meddling with them while they do.”

Easily said. Not so easily done.

It takes a ton of self-control. I’m working on this. It’s really hard.

Have you read this book? If not, are you going to pick it up? What other books have you read on leadership?

I would love to hear from you, comment or e-mail me at dave@daviddenniston.com.


Dave Denniston, Chartered Financial Analyst (CFA), is an author and authority for physicians providing a voice and an advocate for all of the financial issues that doctors deal with. He is the author of 5 Steps to Get out of Debt for Physicians, The Insurance Guide for Doctors, The Tax Reduction Prescription, and his new book,The Freedom Formula for Physicians.

He’s glad to answer any questions about finances for physicians and leadership.

You can check out his latest podcast at DoctorFreedomPodcast.com.

You can also contact him at (800) 548-1820, at dave@davedenniston.com, or visit his website at DoctorFreedomBook.com to get a copy of The Freedom Formula for Physicians.

You May Also be Interested in
Most Popular
Denise Daley, PhD: Early Asthma Interventions for Infants
Top 10 Painkillers in the US
Ongoing Research in Treating Hypercholesterolemia
Visual Impairment, Dementia Are Detrimental to Independence of Older Adults
Excessive Caffeine Intake Could Trigger Migraines