The Near and Far Celebrations You Haven't Heard About 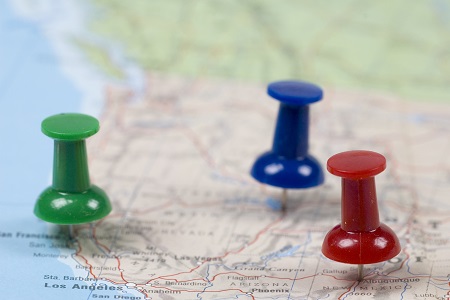 Travel is its own celebration, but you can maximize your fun by dropping in on a destination’s festivities. Intensify your sense of the place by joining in the commemorations. Take in musical performances, see history reenactments, browse special exhibits and eat good food with new-found friends. After all, everyone likes a good party.

Festivals and Events in the United States

San Francisco: Summer of Love 50th Anniversary
Whether you’re nostalgic for 1967’s Summer of Love or simply want to learn more about it, head to San Francisco to partake in the city’s 50th anniversary of 100,000 “free spirits” who gathered in Haight-Ashbury, proclaiming peace and love instead of war. Among the activities: 60’s dance party, June 23, Pier 39; and “Summer of Love: Art, Fashion, and Rock & Roll,” de Young Museum, April 8 to August 20; and a free concert in Golden Gate Park in June.

South Carolina to Oregon: Total Eclipse of the Sun, August 21
For some two minutes on August 21, a total solar eclipse will darken skies in the US. The best places to experience the phenomenon range from Columbia, South Carolina, picked by experts for its East Coast accessibility, to Madras, Oregon, two hours from Portland, picked for its prospects of clear skies. Other top spots are the Great Smoky Mountains National Park and Nashville, Tennessee; Hopkinsville, Kentucky; Carbondale, Illinois; the Sandhills, western Nebraska; Casper, Wyoming; and the Snake River Valley, Idaho. No doubt the local pubs, restaurants and hotels will fête the eclipse with special festivities.

Wittenberg, Germany, 500 years of the Reformation
This upcoming year will mark 500 years since Martin Luther posted his “Ninety-five Theses” on a church door in Wittenberg. The anniversary of the resulting Reformation will be commemorated in many ways in several cities associated with Martin Luther. Wittenberg will host three week-long celebrations. The Luther500 Festival site calls the proceedings a “cultural plunge, an educational adventure, a historical journey and a religious pilgrimage all wrapped up in a European vacation.” Hands-on learning, prayer services, meals, and day trips are part of the experience. Experience it from May 29 to June 4; June 19 to June 25; and October 2 to 8, 2017.

Montréal, Canada, 375th Anniversary
Among the many presentations is Cité Mémoire, one of the largest outdoor video projections in the world. Tableaux, shown on walls throughout Old Montréal, enable you to “meet” people from Montréal’s past. Find about such locals as the city’s first executioner, a job established in 1648, a charitable Irish tavern keeper mourned in 1889, and Jewish orphans who survived Nazi concentration camps to be adopted by Montréal’s families. The presentations take place nightly through April 2017 and new programming from May 2017. Music is part of the year-long celebrations. Country music performances take place at a local bistro Friday evenings February 3 to July 28, 2017, followed by three days of festivities in a park, August 4, 5, and 7, 2017.

Helsinki, Finland, 100 years of Independence
Throughout 2017, Finland will celebrate the 100th anniversary of its independence from Russia with thousands of events abroad and in Finland. Among the Helsinki events tied to the birthday: World Figure Skating Championships, March 29 to April 2; a sing-along concert at the Helsinki Music Centre, June 12; village festivals encouraging people to eat together, August 25 to 27; and the debut November 3, 2017 of “Land of Kalevala,” a new ballet by the Finnish National Opera and Ballet.

You May Also be Interested in
Most Popular
ACR Issues Recommendations for Hydroxychloroquine Use for COVID-19
Limited Supply of Chloroquine, Hydroxychloroquine Could Affect COVID-19 Use
CBT App Improves Sleep Quality in Insomnia Patients
Tonsil Removal Surgery Could Have Negative Impact on Patient Immune System
Comparing RT-PCR and Chest CT for Diagnosing COVID-19