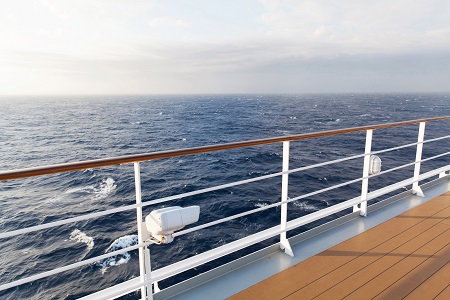 With 26 new ships scheduled to debut in 2017, cruising is booming. Viking Ocean Voyages will launch two ships in 2017—Viking Sky and Viking Sun—doubling the line’s capacity from two ships to four. A fifth ship, Viking Spirit, is slated to launch in 2018.

A relatively new cruise line, Viking Ocean Cruises, launched its first ocean vessel, Viking Star, in April 2015, and its second ocean ship, Viking Sea, in April 2016. The ships’ sleek Scandinavian lines and light woods create a contemporary, uncluttered feel. The longtime river cruise company promised to reinvent ocean cruising by offering long days and overnights in ports, cultural activities onboard and onshore, and by bundling some shore tours and other items into the cruise fare.

Related: Viking Ocean Cruises was named as the number one ocean cruise line in Travel + Leisure magazine’s 2016 World’s Best Awards, unseating luxury line Crystal Cruises, winner of the category for 20 years in a row.  Here’s a primer on what to expect while cruising:

Viking Ocean Cruises
Viking Sky, scheduled to debut in February 2017, will sail the Mediterranean, the Baltic, and Northern Europe. The Viking Sun, launching cruises in October 2017, is slated to visit Cuba and the Caribbean before embarking on world cruises.

Cabins—All of the 465 or so cabins feature balconies, and the smallest cabins are 270-sqaure feet, reasonable by cruise standards.

Destination focus—Promoting itself as the “thinking person’s cruise,” Viking’s ocean voyages focus on the destination, offering shore tours and onboard lectures that highlight a port’s culture and history. Think folkloric shows and local musicians instead of comedy jugglers. Regional food specialties appear on the menu along with American fare. The ships aim for extended time in port that may include overnights.

Included items—Viking helps limit those annoying add-ons by including the following in your cruise fare: one shore tour in every port, ship-wide Wi-Fi; spa access; beer, wine, and soft drinks with lunch and dinner; specialty coffees, teas, and bottled water; port taxes and fees; alternate restaurant dining; and 24-hour room service. Viking estimates that these benefits save guests about $200 per person, per day (the math depends a good deal on how much you drink). Additional shore tours are available for extra charges.

What’s NOT onboard—“You will not find casinos, kids, umbrella drinks, or needless distractions,” states the Viking Ocean Cruises website. So no gambling and no grandchildren unless they are adults. Don’t look for climbing walls, twisting pool slides (there are pools), late-night “adult” comics, or lavish Broadway-style musicals.

You May Also be Interested in
Most Popular
The Fear of the Coronavirus, and the Reality of the Flu
Top 10 Painkillers in the US
FDA Approves IV Meloxicam for Pain Management
Do EMRs Provide Clinically Relevant Information?
Novalung System Granted 510(k) Clearance for Whole ECMO System