Is â€œPrice Rightâ€ for America's Doctors? 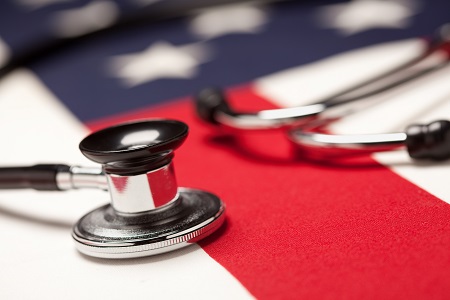 I keep hearing that the best way to correct problems with the medical profession and restore luster to the career of physician, is for doctors themselves to assume greater leadership roles in how healthcare policy is debated and implemented.

Well, there may never be a better chance than right now. President-Elect Donald J. Trump has nominated a physician to be the new Secretary of the US Department of Health and Human Services. In addition to deciding the future of Obamacare, the cabinet secretary at HHS also oversees Medicare, Medicaid, the FDA, CDCP and NIH.

The vast majority of doctors (75%) give the ACA no better and a C-grade as a vehicle for healthcare reform, finds a 2016 Physician Foundation survey. A fierce Obamacare critic, Tom Price, MD, has quite the resume—in addition to being a true champion for the medical profession.

The son and grandson of physicians, Price is currently a member of the US House of Representatives. The 62-year-old Republican has serviced Georgia's 6th congressional district (mainly the northern suburbs of Atlanta) since 2005. Something of a healthcare policy wonk, Price is the chairman of the powerful House Budget Committee.

He earned his MD from University of Michigan Health System and worked in private practice as an orthopedic surgeon for 20 years. Price was also director of the orthopedic clinic at the largest hospital in the state of Georgia, Grady Memorial.

According to a recent editorial in the Wall Street Journal (hardly a pro-Trump outlet), Price “is a thoughtful and well-informed problem solver. Unlike many of his colleagues, Mr. Price hasn’t dodged details and specifics. He proposed an alternative to ObamaCare during the 2009-10 debate and in the years since he’s put flesh on the bones, including with legislative language.”

The WSJ says “Mr. Price’s Empowering Patients First Act relies on fixed-value tax credits to stabilize the insurance markets outside of employer-sponsored coverage. The switch to a defined contribution from a defined-benefit model is based on the transition to 401(k)s from pensions.”

Highlighting his pro-doctor credentials, The New York Times wrote that Price “has introduced legislation that would make it easier for doctors to defend themselves against medical malpractice lawsuits and to enter into private contracts with Medicare beneficiaries.”

The American Medical Association (AMA) “strongly supports” Price for the job, calling him “a leader in the development of health policies to advance patient choice and market-based solutions as well as reduce excessive regulatory burdens that diminish time devoted to patient care and increase costs.” According to a new Merritt Hawkins survey, doctors are divided over the nomination; 46% are positive and 42% are negative.

Perhaps we’ve reached a point where a doctor should be given the opportunity to help other doctors (and by definition, patients). He could no worse.

Here are some thoughts and theories on healthcare from the HHS Secretary-designee:

• “Physicians need to be able to focus on doing what they do best: caring for patients. If physicians are consumed with administrative burdens under the new reporting requirements, this may ultimately threaten the doctor-patient relationship.”

• “There’s a genuine desire to have us coalesce around a single plan so that the American people can see who’s trying to solve these challenges. I wouldn’t draw any lines in the sand other than that the plan we’re on doesn’t work.”

• “Physicians are making great efforts to navigate a set of constantly shifting metrics—some of which are directly attributable to the ACA. It’s frustrating to hear from so many physician colleagues about how much more difficult it is to practice medicine and the troubles they have navigating the changing health care landscape.”

• Unfortunately, the all-out push to ensure access to health insurance is having two serious adverse effects: it’s making premiums unaffordable for middle-class individuals who are ineligible for subsidies and it’s increasing out-of-pocket costs, deductibles, and co-payments. This is partially why more and more providers and hospital systems are amassing the majority of their uncollectible debt from people with insurance.”

• “Under Obamacare, the American people are paying more for health care and getting less—less access, less quality, and fewer choices.

• “Currently, the IRS is charged with the enforcement of the president’s health care law. Due to its track record of a lack of impartiality and the American people’s justified mistrust, it is imperative that we remove the IRS from its role within the Affordable Care Act.”

• “There is much work to be done to ensure we have a health care system that works for patients, families, and doctors; that leads the world in the cure and prevention of illness; and that is based on sensible rules to protect the well-being of the country while embracing its innovative spirit.”

• “Government bureaucrats should not influence treatment options based solely on cost; treatment should be based on the patient’s individual clinical needs.”

• “There are numerous, positive solutions out there to solve the challenges in America’s health care system – both those that existed prior to Obamacare and those that exist now because of it – that do not require putting Washington in charge.”

• “Accountability and credibility are the only things that will ultimately fix the problems that have plagued the VA. Veterans this great nation have put their lives on the line to defend our freedom, and in turn, we must make every effort to ensure they have our assistance when needed. These steps take us closer to a VA that is responsive to veterans’ needs and able to provide the absolute finest care.”

• “In the end, the best way to protect access to quality, affordable health care choices is through broader reforms that halt Obamacare’s many destructive ways and instead pursue patient-centered solutions. It means putting patients, families and doctors in charge of health care decisions, not Washington.”

You May Also be Interested in
Most Popular
Inadequate Health Literacy Could Spell Disaster for Heart Failure Patients
Jelena Kunovac, MD: The Difficulty of Treating Schizophrenia
When to Suspect Diarrhea is Symptom of a Clostridium Difficile
Anne Fung, MD: Phase 3 ARCHWAY Top Line Results
Top 10 Painkillers in the US