DECEMBER 21, 2016
Greg Kelly
“In nothing do men more nearly approach the gods than in giving health to others.”
—Cicero 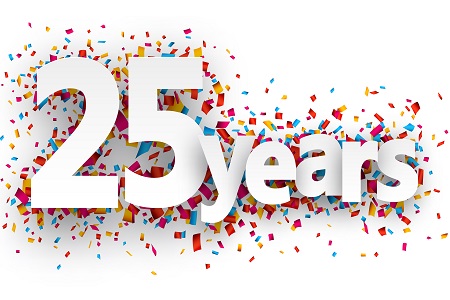 Next year will mark the 25th anniversary of my association with Physician’s Money Digest (PMD). It lives on today in digital form, thanks to the efforts of many fine contributors and a web team that still carries the torch—of satisfaction and success for the medical profession.

I was a weekly newspaper editor, with a new wife and about to be a first-time father, when I was lucky enough to be involved in the print launch of this website. As the son and grandson of busy physicians, I felt confident I could meaningfully connect with medical doctors—our bi-monthly audience being 175,000+ primary care doctors nationwide.

Back in the early 1990s, with the average PCP doctor getting about 75 magazines per month, a simple "how-to" editorial format was to be our mantra. Almost from the beginning we were a hit. The magazine was something that doctors really needed. A practical business media source that cared about and advocated for physicians. Also, we got a lot of enjoyment in doing it. America’s doctors are worth the effort. Their work demands helping and defending.

Perhaps the most satisfying moments in my publishing career came during my trips to medical conventions around the country. It was there, among thousands of physicians through the years that more than a few of you told me, “Mr. Kelly, you’re on our side.” Those tributes filled me with pride and recharged my editorial engines. PMD became a “must read,” a thoughtful doctor told me.

Our catch phrase was “doctors read us cover-to-cover." They did too. Independent readership scores revealed PMD to be #1 in “cover-to-cover readership” for over a decade. A magazine that had pledged to help physicians improve money management skills, build financial literacy, protect net worth, and avoid common financial mistakes delivered just that for a long time. There was a lot of work to do on these matters. Doctors back then, today, and always face unique professional challenges and concerns.  Some even think that the doctor profession is at cracking up point now. But I have hope. Doctors are too important.

It was my physician-dad (he’ll be gone for a decade next year too) who helped me right away get a keen grip on the rigors of medical practice by saying, “Always remember Gregory, they’re out to get us doctors.” Following the news for the medical profession as I do, I believe that dad was right when he said that. Then and today.

And even as I have gravitated to a new medium (I don’t do any writing for print media anymore), I maintain that doctors must take an active role in their business life. Physicians need to be experts about their own financial situation, objectives, feelings, and attitudes. Awareness of your own economic situation remains the key to both professional and personal satisfaction. Be your own CEO. Only you can do that.