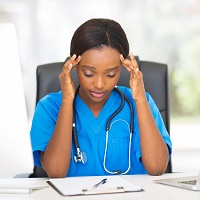 “Experience is simply the name we give our mistakes.”
—Oscar Wilde

In more than 50 years of medical practice, I only have one memory of my physician-dad being involved in a medical malpractice case. Perhaps there were others, but nothing that I can recall. The one was bad enough.

Dad was really in his prime of medical practice in the early 1970s when he missed a rare cardiac ailment in a woman. Married with 3 children, the lady tragically died from the condition.

The lawyers from dad’s malpractice insurance firm recommended that he settle rather than go to court. I guess a courtroom with a widower and father with 3 teenage children would have been a personal injury lawyer’s dream. The settlement was very big for its time—about $500,000 (that’s nearly $3 million in today’s dollars).

“I never saw a case like that and my physician colleagues at the time and all through the years after said they never did either,” dad told me after he retired from medicine. “It didn’t matter though, I was responsible.”

I remember that the case greatly troubled my father (and my mother), but I don’t know if it impacted his style of doctoring. I do recollect a bit of unpleasantness personally from some of the family members (they lived in our hometown). I never knew why until later.

Was it a total misdiagnosis? Was it a delayed diagnosis? Again, I can’t recall. And while dad was generally open to my questions about his doctor career, on this matter, I had to pull it out of him. Back then—true glory years for physicians—whether there was medical negligence or not, patients seldom sued their doctor.

Here are a few facts about medical malpractice:

• 96% of medical malpractice cases are settled out of court.

• The states with the highest per capita malpractice payouts are: New York, Pennsylvania, New Jersey, Massachusetts, and Connecticut; the lowest were North Dakota, Texas, Wisconsin, Mississippi, and Indiana.

• As to patients’ type in malpractice cases, 45% are inpatients and 38% are outpatients.

• Malpractice insurance premiums for doctors are declining. In 2013, on average, internists saw their rates drop by 1.6%, rates for general surgeons fell by 1.3%, and OB/GYN rates were down by 1.7%.

• One-third of all physicians pay more than $10,000 per year in malpractice insurance premiums.

• Thee average US physicians spends 10% of his/her medical career waiting for a malpractice case to be resolved.

• Up to 16% of all medical malpractice cases are filed against primary care doctors. For PCPs, the top two causes for malpractice suits are a missed diagnosis and drug errors. The top 3 missed diagnoses were meningitis, heart attack, and cancer.

• 40% of physicians say that their monthly patient care volume can lead to errors.