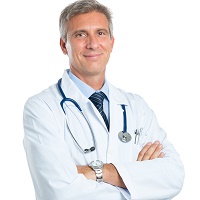 “Learn to let go. That is the key to happiness.”
—Buddha

The most common occupation for a “rich person” in America is a physician. That’s right … among the nation’s top 1% of all earners ($207,000+ annual income), the most popular occupation is a medical doctor. This fact comes from NPR’s, Planet Money website.

But with nearly half of all practicing doctors admitting to being unhappy in their work, clearly there’s a problem. And it’s the old standby — money can’t buy happiness.

The foundation for this growing professional unhappiness among doctors, according to the experts, seems to be rooted in some pretty typical reasons — too much bureaucracy, too many work hours, and not enough income. Unfortunately, these problems won’t be going away.

So the wise physician should know the signs of unhappiness (ie, professional burnout) and take steps to overcome them. According to a recent report by Healthcare Global, there are warning signs, these being: “emotional exhaustion (when even a vacation doesn’t help), depersonalization (those difficult patients become unbearable), and reduced accomplishment (Why did I become a doctor?).”

The tips they offered to help combat burnout and boost happiness seemed almost too simple. But once I considered how my physician-dad tended to observe all of them, then it began to make a whole lot of sense. Here are the happiness factors:

Family. According to a recent AMA survey, 80% of physicians are married with at least 2 children. Making time for them can make all the difference in the world. We had 8 children in our family and while I’m certain that dad had his doubts about being able to handle us all (he couldn’t), there was much happiness in our household. Among my mom’s 13 siblings (his in-laws), he had developed many close friendships. And when my father was at home (and his service wasn’t calling) he largely found quiet and relaxation — my mother sort of insisted on it.

Hobbies. My father was a man of varied interests. Really, they were his ready escapes from the hard and fast pressures of medical practice. The man knew how to unplug from his work. This was his saving grace from tough times, allowing him to keep a steady head. And you don’t even have to be very good at the pastime; just make room for it on your calendar of life. Be sure to really detach, avoid things that remind you of healthcare.

Walking. My father told his patients that the single best exercise they could ever do was a brisk daily walk. It’s all so simple. Science shows that walking is good for your heart, your head, your lungs, your feet, your legs, your back … that doesn’t leave much else. And you don’t need expensive exercise equipment, lots of time, or exotic locales. The next time you’re feeling stressed or unsatisfied, take a nice 30-minute walk — get those endorphins flowing.

Delegate. Dad didn’t have a big medical office staff but they were very good at their work. They made sure that things got done. He trusted them and paid them pretty well. Time after time, doctors say the thing that brings them the most satisfaction is when they get to be with patients. Poor delegation habits rob a doctor of this pleasure. Observing my dad and his colleagues, I found that the best doctors were always in control but also knew how to manage time, resources, and people.

Schedule. According to Jackson Healthcare’s Physician Practice Trends report, the average doctor sees about 20 patients per day and spends 20 minutes with each one. That’s a long day—not even counting administrative duties. And with fewer doctors and more patients becoming the norm in healthcare, things will only get more hectic for the profession. Now more than ever effective scheduling is a must. Dad said scheduling was an art and a science and something his office staff worked on and discussed more than anything else.