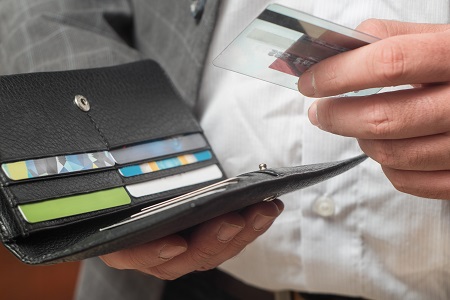 If there’s one thing that everyone loves bragging about, it’s how much money they saved on a great deal. Here’s some tips that will help you do just that.

• Flights: Did you ever notice that if you go back to a site for flight prices after consulting with your spouse, for example, that the price shows a higher price for the same flight? Next time, go back to the same site on a different browser, say Safari instead of Chrome.

• Debt: The most cost-effective way to pay off multiple debts is to pay off the highest interest one first. But evidence shows that consumers often pay off the smallest debt first, both to reduce the number of debts and to gain a small, temporary sense of satisfaction – even though the long-term cost is higher. Go figure, human nature can be expensive.

• Negotiating: While we are talking about human nature, if you are negotiating some dollar amount – a raise, the price of a house, etc. – research has found that you are more successful if you name a precise amount instead of a round number. Not a $5,000 raise, but a $5,275 raise, for example. It’s a signal that you “have done your homework” and it may give you the upper hand.

• Renting a car: If you are renting a car, check with AutoSlash.com first to see if you can save by rebooking. And if you rent from a company that has an off-airport location, you can save even more because you won’t have to subsidize the high fees that rental car companies have to pay to be on-site.

• Renting a car: Another car rental tip might be to ask the agent if booking for a week is cheaper than for, say, three days. Because, oddly, sometimes it is cheaper to book that way. The rates are often set to take advantage of business travelers who are price-insensitive due to having an expense account or being in a hurry.

• Renting a car: Also, if you don’t care which company you rent from, you might save up to 50% by going through Hotwire.com. If you want a luxury car for surprisingly little, try Sixt.com. A friend recently got a Mercedes and a Land Rover on successive trips for an amazing $35 a day.

• Investing: The stock market has averaged an annual 8.19% annual gain over the last decade, but the average individual investor has made only 4.67%. The gap, according to research by the Dalbar firm, is 44% caused by panic selling during down markets. Another 15% was lost by holding on to cash during the market’s inevitable return rise. The moral; stay invested and diversified, and always check with an objective third party such as a fee-based financial advisor. Always.

• Money smarts: Lastly, to underscore the above point for seniors, research has shown that the average person loses 1% of financial acuity per year over 60. And that means that half of us lose even more, not necessarily “the other guy/gal.” Hmm…