Doctors who are Collectors: Beware of Buying Illicit Antiquities 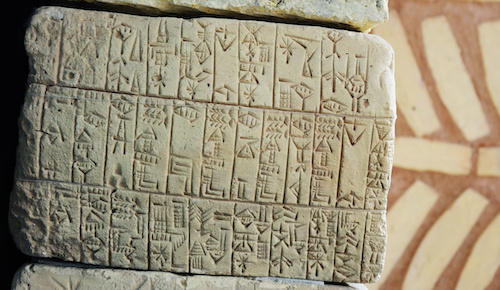 Hobby Lobby had a thriving business. Then, the Green family – who owns it, and proclaimed they are guided by religious principles – decided to build a Museum of the Bible in Washington, D.C. That’s where the trouble began. The family veered away from the 10 commandants. They began to buy illicit antiquities.

Though there surely were multiple reasons the family did this, the exploration of underlying neuropsychological factors may tell at least part of their story, and that of other collectors who do the same. Understanding these influences may make doctor-collectors more aware of what could be their own tendencies, which in turn could lead to serious trouble, as it did for Hobby Lobby.

The Bargain Effect
Looters, of course, offer lower prices than their competitors. They can do this because they paid nothing for their wares except their effort. The appeal of this below-market antiquity lowers resistance on the part of a buyer because price is no longer a significant factor, if at all.

Brian Knutson, Scott Rick and others studied the brain origin of the inclination toward a bargain in their paper, “Neural Predictors of Purchases,” published in the journal, Neuron. In a nutshell, they demonstrated that subjects did not respond as much to absolute price as to the price relative to what they thought was suitable. In other words, if they thought they were getting a bargain, it influenced their purchase positively.

Even if a collector could resist a reduced price offered by a looter because her moral compass is strong, other psychological factors could sway her toward the purchase. One is that she can essentially talk herself into buying the object. This is even though she may experience cognitive dissonance, which is psychologic conflict resulting from contradictory beliefs. On the one hand, she knows that buying the object is morally objectionable. On the other, she really wants the antiquity. She is willing to overlook the negative and emphasize the positive internally to resolve her conflict. This self-talk is called cognitive consistency. It is human to use this kind of mental process within ourselves when we let hope reign over reality and try to reconcile it.

A Bankrupt Moral Network
There are a few collectors, however, who are dealing with more than bargain hunting or cognitive consistency as the underlying reasons they might buy looted objects. Recent studies suggest that there is a brain neuromoral network of sorts that acts as an ethics guide. If it goes awry, moral judgement can be deficient. The unacceptable conduct that follows could include ready buying of looted objects without a thought to an associated immortality.

The neuromoral network that Mendez, the author of “The Neurobiology of Moral Behavior: Review and Neuropsychiatric Implications,” is referring to is like the neuronal processes that we use in daily decision-making. The difference is that one or more of the normal neuronal pathways has gone amiss. This can occur even before there is any detectable structural evidence in the brain as the abnormality can be simply in neurochemistry or wiring. In more advanced cases, however, the disease becomes more widespread with greater destruction and Functional Magnetic Imaging (FMRI) studies may be positive. One example is frontotemporal dementia. It can develop slowly and insidiously so it is barely detectable although morality might be compromised in this early state. Traumatic brain injury, tumors and other conditions could also be contributors which present as poor judgement and it is only later in the disease that FMRI and other medical tests show concrete evidence of a brain gone awry.

Sociopathy or chronic antisocial behavior can also be a factor. They differ from the conditions cited above in that instead of being acquired through a disease that develops later in life, they are in part genetic. Therefore, the tendency is present at birth and it is considered developmental. Individuals with sociopathy lack empathy and remorse for their guilty acts. Therefore, regret for stealing antiquities or any other unlawful act is diminished in these individuals.

Why is revealed in laboratory studies. When sociopaths’ emotional responses in reaction to unpleasant photos are tested, they differ from controls. Their heart rate, skin conductance and respiration change little compared to the responses of those without sociopathy. Also, when examined, they have a lesser emotional response to the suffering of others as well as a reduced reaction to unhappy or frightened expressions. All of this is consistent with the lessened function of the amygdale or fear center in sociopaths documented using FMRI. As a composite, this evidence suggests that an inherent disrupted neuromoral network contributes to their aberrant behavior. Examining this condition more thoroughly may give clarity into what role morality plays for collectors who buy looted antiquities.

What happened to Hobby Lobby could be the fate of any collector of antiquities, including doctors. Their purchase has to truly be a buyer beware moment.

Doctors who are Collectors: More Than Portfolio Diversification