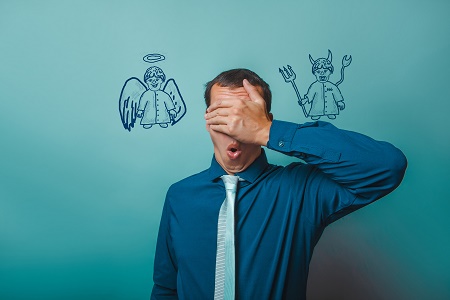 When child molesters at private schools are caught, they often simply leave and go to another such institution. Then, when recognized again for what they are, the pattern is repeated.

Yes, the morally challenged replicate their indignities. In fact, we could say, their morals are in the basement, or even three or four floors below.
Recent studies tell us why. One researcher who examines this in depth, Mario F. Mendez from the David Geffen School of Medicine at the University of California, suggests that there is a brain neuromoral network that acts as an ethics guide. If it goes awry, moral judgement can be deficient. Unacceptable conduct follows. 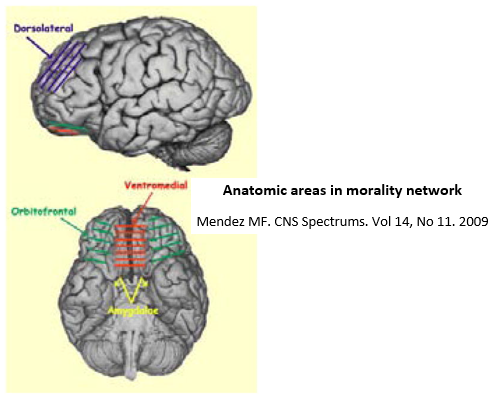 This neuro-network is similar to the neuronal processes we use in daily decision-making. The difference is that one or more of the normal pathways has gone amiss. This can occur even before there is any detectable structural evidence in the brain as the abnormality can be simply in neurochemistry or wiring. In more advanced cases, however, the disease becomes widespread with greater destruction and Functional Magnetic Resonance Imaging (FMRI) studies are positive. One example is frontotemporal dementia. It can develop slowly and insidiously so it is barely detectable although morality might be compromised in this early state. Tumors and other conditions can also be contributors which present as poor judgement and it is only later in the disease that FMRI and other medical tests show concrete evidence of a brain gone awry.

Sociopathy or chronic antisocial behavior also are culprits. They differ from the conditions cited above in that instead of being acquired through a disease that develops later in life, each is at least in part genetic. Therefore, the tendency is present early on and considered developmental. Individuals with sociopathy lack empathy and remorse for their guilty acts. As a result, regret for an unlawful act is diminished.

Sociopaths also have a lesser emotional reaction to the suffering of others as well as a reduced sensitivity to unhappy or frightened expressions. All of this is consistent with the diminished function of the amygdale (or fear center) in sociopaths documented using FMRI.

As a composite, this evidence suggests that there is an inherent disrupted neuromoral network which contributes to lax moral behavior. Examining this condition more thoroughly may give clarity into the role it plays in morally corrupt individuals. Then, therapies could be innovated based on hard science.