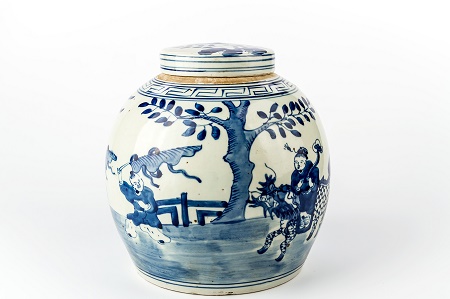 Louise Herreshoff married a man 28 years younger than herself. The passion that bound Herreshoff and her husband together was not for each other but for collecting porcelain.

Sometimes, the traditional reasons to collect go array. The modulator, the prefrontal cortex or executive brain, is no longer able to navigate between conflicting primitive emotions. It cannot draw a suitable conclusion.

This is either because the prefrontal cortex itself is damaged or the drive to collect is so strong that it overpowers the expected function of the prefrontal cortex. Then, poor collecting decisions are made, and a whole new set of emotions erupt. These new feelings may or may not be on the part of the collector because his deficits may not allow him to understand his situation. They almost always involve family, friends, and advisers.

An initially benign form of collecting gone awry is “too much, too often,” the process whereby initially healthy collecting becomes overly consuming and other areas of life are neglected. An example is the Reeves couple that ultimately gave their Chinese porcelain collection to Washington and Lee University in Lexington, VA in 1967.

Mrs. Reeves, originally Louise Herreshoff, married a man 28 years younger than herself. The glue that bound them together was likely not romantic, but instead, a passion for collecting. This resulted in their buying a second house next to the one in which they lived specifically for their gathered objects. Ultimately, there was no living space in either house, as both were filled to capacity with furniture and stacks of porcelain. In 2003, James W. Whitehead published a book on Herreshoff. The book quotes from Elinor Gordon, a well-known Chinese export porcelain dealer, on the ferocity with which Herreshoff collected.

“It was 1951 and I was participating in my first New York antiques show. The large punch bowl was placed in the most prominent position in my booth as a ‘show stopper.’
It was an extremely rare item dating to the 1785-1810 period. The decoration, with flags flying, depicted the warehouses or ‘hongs’ where foreign nations dealt with the Chinese. The hongs were located in Canton along the Pearl River not far from Whampoa, served merchant ships from England, Bourbon France, Spain, Holland, Sweden and, after 1784, the United States of America.
Mrs. Reeves, dressed in black with a long knitted coat, spotted the bowl and inquired of the price. I politely replied, ‘The bowl is not for sale. It belongs to my husband, Horace.’ She in rapid order stated in a cultured, soft spoken manner, ‘Mrs. Gordon, any item on display in this show is for sale. How much is the bowl?’ Nervously I explained I would attempt to contact my husband who was in a business meeting in Philadelphia. Eventually reaching Horace I explained the dilemma.
He gave me what I thought to be excellent advice: ‘This is your first major show, and it is important to establish an excellent reputation. Fix the price so outrageously high that she will not pursue the matter.’
Running to the booth and screwing up all the courage at my command, I informed Mrs. Reeves that Mr. Gordon would sell the bowl and the price was $1,500. Seemingly undaunted, she opened her black pigskin bag, retrieved a small change purse and handed me 15 one-hundred-dollar bills. The bowl was hers and became a valued part of the collection. I understand that she and Mr. Reeves left immediately by taxi for Grand Central Station and Mrs. Reeves held the bowl on her lap the entire train trip to Providence.”

This quote demonstrates that there were few, if any, cautionary modulators functioning when Mrs. Reeves found something she wanted. Only her pleasure center seemed to be at work.

The need to acquire an object with little if any inhibition is considered by Donald W. Black, MD, and his colleagues from the University of Iowa to be an impulse control disorder. It is classified as one of the symptoms of a broader psychiatric abnormality, obsessive compulsive disorder. Compulsive shoppers fit in this category. Collectors who are unable to resist buying objects they covet seem also to be of the same variety.

I saw this first-hand myself in China when I was allowed to see the basement of a collector who stored his mistakes there. They vastly outnumbered authentic pieces he had purchased. As I remember, he had spent $2 million on these fakes. The collector, who otherwise showed good judgement in other areas of his life, was unable to resist any dealer who offered him a supposed piece of Chinese antiquity. As a result, he believed the merchant who dated his wares earlier than they were actually manufactured and purchased them. This later became a fiasco for the collector and his family. Storage space was one problem. Getting rid of the pieces was another. And, lastly, there was emotional damage due to the profligate spending and a damaged reputation. One of the collector’s family members said, “He never seems to learn; he is too trusting.” Another take is that he has an obsessive compulsive disorder that manifests itself primarily in his drive to collect Chinese antiquities.

Parts of the above are taken from Shirley M. Mueller, “The Neuropsychology of the Collector,” in Collectible Investments for the High Net Worth Investor. Editor: Steven Satchell, Academic Press, 2009.

For more:
The Fine Line between Collecting and Hoarding
Why We Collect
The Psychology of Collecting

You May Also be Interested in
Most Popular
The Fear of the Coronavirus, and the Reality of the Flu
Top 10 Painkillers in the US
FDA Approves IV Meloxicam for Pain Management
WHO Prequalifies First Generic Ingredient for Hepatitis C Medicines
Education is Key in Spreading Awareness of Rare Heart Condition