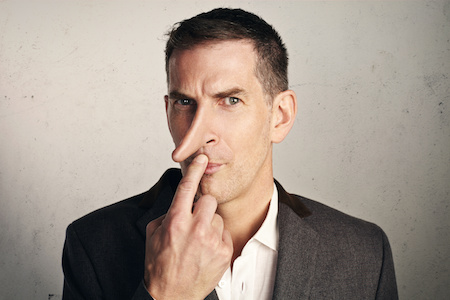 I know a broker at an investment firm who has multiple misconduct marks against him. Instead of being fired, however, he continues at the brokerage where the misbehavior took place.

Until recently, I thought this was a “one-off” situation. New research, however, indicates many investment firms are willing to overlook moral laxity. For example, in this study, the percentage of brokers who have been disciplined at Oppenheim and Company Inc. for misconduct is 20%. That is one in five of their adviser-brokers.
Mark Egan from the University of Minnesota and Gregor Matvos and Amit Seru from the Chicago Booth School of Business came up with this surprising finding in their working paper entitled “The Market for Financial Advisor Misconduct.” The researchers used data from the Financial Industry Regulatory Authority (FINRA).

Brokers can also be known as registered representatives or advisers. In the most flattering terms they can be thought of as facilitators for clients’ accounts. In the least flattering, they can be described as salespeople. Overall, they manage 30 trillion of investible assets according to Egan, Matvos, and Seru.

The authors used BrokerCheck data supplied by FINRA from 2005-2015. They found that roughly 7% of active advisors had been disciplined for misbehavior or deceit in this time period. Of these, nearly 40% repeated their previous offense or engaged in another. Of the total group studied, half were with the same firm after a year. Of those who left, 44% found another job within the brokerage industry within a year. Broker infringements included customer complaints and arbitrations, regulatory actions, employment terminations, bankruptcy filings and criminal or judicial proceedings.

Though all of this sounds dramatic, I suspect some broker discipline is to be expected as new hires begin to feel their way around. The authors’ own statistics even suggest this since about half of those who misbehaved were apparently not repeat offenders. The real problem is the person who can’t resist unethical conduct time and time again. It is a pattern of behavior.

Apparently, brokers who engage in misconduct are aided by the person we would least suspect. The authors suggest that it is not just moral laxity that leads to broker transgression. It is also lack of customer sophistication because counties where most misconduct occurred tended to have a low education level in conjunction with higher incomes. For the individual investor, of course, it is always best to check the record of your broker through BrokerCheck whether you consider yourself a sophisticated client or not.

The authors of The Market for Financial Advisor Misconduct conclude, “…some firms specialize in misconduct and cater to unsophisticated consumers…” The good news, of course, is that most do not. 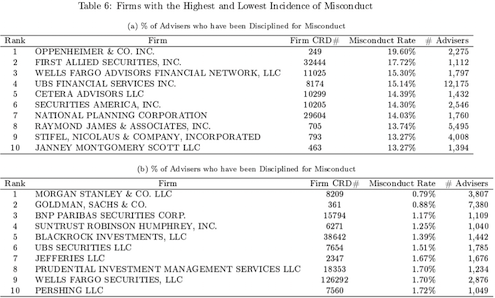 For More:
Bad Boy and Bad Girl Brokers: How to Detect Them
How to Make More Money When You Invest (sophisticated investors make more money)