Even Democrats Want to Scrap the Cadillac Tax 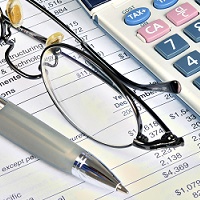 UPDATE: After this article was posted, the Senate voted 52-47 to pass a bill that would repeal Obamacare. While this bill will surely be vetoed by the president should it ever make its way to his desk, it should be noted that the Senate also voted 90-10 to include an amendment to the bill that would repeal the Cadillac Tax. This shows there is strong bipartisan support for repealing the unpopular tax and could possibly prompt the introduction of a standalone bill that garners a veto-proof majority.

After a years-long effort by Congressional Republicans and conservative advocacy groups to repeal the Affordable Care Act was thwarted last year by the Roberts Supreme Court, a new battle to eliminate a major component of the law may be taking shape, one in which the usual pro-repeal advocates may fight alongside some rather unlikely allies.

As the 2018 “Cadillac Tax” deadline for the tax approaches, conservative opponents of the law find themselves in agreement with the AFL-CIO and Democratic lawmakers from across the party, even leading contenders for the Democratic presidential nomination (former ardent supporters of the ACA).

Back in September, Hillary Clinton proudly voiced her opposition to the Cadillac Tax, telling CBS News in a statement that “Too many Americans are struggling to meet the cost of rising deductibles and drug prices. That's why, among other steps, I encourage Congress to repeal the so-called Cadillac Tax, which applies to some employer-based health plans, and to fully pay for the cost of repeal.”

Even the self-described socialist Senator Bernie Sanders (I-VT) favors repeal, co-sponsoring legislation that would strike the excise tax provided an alternative is found for the resulting shortfall in tax revenue. In a statement accompanying the introduction of the bill, Sanders said, “Imposing an excise tax on health insurance plans would be a disaster for millions of middle class Americans. Some have said that this tax only falls on ‘Cadillac’ health care plans, but the reality is that the plans this bill will tax are more like Chevrolets. Workers have fought hard to negotiate decent healthcare benefits, often in exchange for lower pay.  This excise tax unfairly punishes them.”

A Growing Problem
Under the Affordable Care Act, employers have to pay a 40% excise tax on health benefits for employees whose premiums are more than $10,200 a year for individuals and $27,500 for families. It was promoted as a measure to help curb rising health care costs and has been projected to bring in nearly $90 billion in revenue over the next decade.

However, one of the problems with this tax is that it is indexed to a relatively slow-growing measure of inflation (the consumer price index plus 1 percent through 2019, basic consumer price index thereafter) that typically lags behind the growth in medical costs, which means that companies will pay more per enrollee over time (the Congressional Budget Office has estimated spending will grow by an average of 5.6 percent annually over the next decade).

According to a report on this issue from Politico, “the tax will ensnare more companies over time, with some likening it to the alternative minimum tax, originally aimed at the very wealthy but which trickled to those further down the income ladder. About one-third of employers will be hit by the tax in 2018 if they do nothing to change their plans, according to a March survey by Mercer, a benefits consulting firm. By 2022, almost 60 percent will be facing the levy.”

What we’re left with is a tax that will increasingly force companies to choose between cutting back on benefits offered to employees or paying a tax bill that gets bigger over time (and most surely passing those increased costs on to employees and consumers).

Unlikely Allies
So it is no surprise that bipartisan support for repeal is strong and popular across a range of constituencies. In addition to the AFL-CIO strongly favoring repeal, other unions have long voiced opposition to this part of the law.

The National Education Association recently released an analysis of the effects of the law that concluded that although the tax is ostensibly based only on the dollar value of benefits provided, there are several other factors that will likely drive up premiums (including geographic location, age and gender, size of insurance pool, etc), and that “depending on the combination of these premium-driving factors other than benefit level, premiums for a given employer can be expected to exceed the threshold for incurring the tax even for a plan without especially generous benefits. As a result, even though the excise tax is often referred to as a tax on overgenerous benefits, it is likely to be a tax based on factors other than benefit level and beyond the control of health plan members.”

Senior director of the NEA’s center for advocacy and outreach, Kim Anderson , said, “Now that it's clear that the excise tax will have arbitrary and negative consequences, Congress must repeal the excise tax to avoid inflicting harm on American workers and their families.”

Despite its declining popularity, defenders of the Cadillac Tax still claim that it is an effective means of slowing the runaway growth in private health insurance premiums. Recently, 101 economists sent a letter to Congress affirming that “the unlimited exclusion of employer-financed health insurance from income and payroll taxes is economically inefficient and regressive.”

They stated that the Cadillac tax “will help curtail the growth of private health insurance premiums by encouraging employers to limit the costs of plans to the tax-free amount. The excise tax will discourage the provision of insurance that covers such a large proportion of health care spending that consumers have little incentive to insist on cost-effective care and providers have little incentive to provide it. As employers redesign health insurance plans to hold costs within the tax-free amount, cash wages or other fringe benefits will increase.”

Interestingly, the signatories admitted that they “recognize that measures other than the Cadillac Tax could have been used to restrict the open-ended health insurance tax break,” and implied that they would be amenable repealing the tax provided Congress enacted “an alternative tax change that would more effectively curtail cost growth.”

A Better Way
Assuming lawmakers from both sides of the aisle can summon the political will to work together and muster a veto-proof number of votes in support of repeal, the next battle would be over what to replace the tax with in order to make up for lost revenue.

Here there is much less agreement on what the next steps would be. One proposal that has taken various forms over the years involves capping the amount of tax-free money employers can contribute to their employees’ health benefits. Another option would be to offer generous refundable tax credits to everyone who purchases health insurance.

Whatever ultimately replaces the Cadillac Tax, now is the time for leaders in Washington to press for repeal before the upcoming presidential race inevitably grinds the legislative process to a halt. This may be the last chance to repeal the most unpopular provision of an unpopular health care reform law and replace it with a commonsense alternative that doesn’t unfairly burden America’s businesses and workers. After all, the stated objective of the ACA was to provide better healthcare insurance for all, not reduce it for some for the betterment of others.

You May Also be Interested in
Most Popular
Top 10 Painkillers in the US
The Birth of a New Decade: Will We Finally Improve Maternal Care in the US?
Minorities Disproportionately Cared for in ICU
Unusual Case of Large Infarcted Lactating Adenoma
Medical Marijuana Could Improve Sleep Quality for Chronic Pain Patients