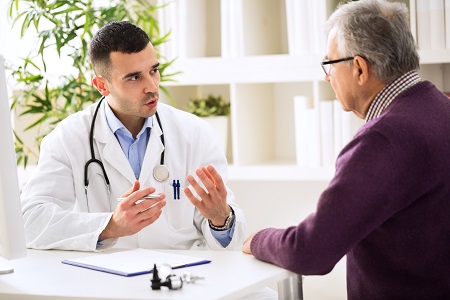 Health literacy is defined as “the degree to which individuals have the capacity to obtain, process and understand basic health information and services needed to make appropriate health decisions.”

And according to Damon Raskin, MD, a board certified internist who is also affiliated with Concierge Choice Physicians, that’s a huge problem.

“One of the reasons that I have a concierge program is to be able to spend that extra time with patients to really educate them,” Raskin explains.

The education component
Raskin believes that the low level of healthcare literacy in the US make it critically important for physicians to play an active role in adequately educating patients.

“It’s not just about handing them a prescription and telling them something once,” he says. “It’s really about that extra time to educate patients who need that to understand, either their condition, the behavioral changes that you’re talking about making for them that might influence their condition, or understanding the prescription—how to take it, and when to take it.”

When physicians speed through a visit and patients leave confused, there’s a good chance they won’t go to the pharmacy to fill the prescription they were given. So even for physicians who are not working within a concierge care model, carving out the time to educate patients can have a positive impact on healthcare literacy.

“Sometimes I have mid-level people in my office, like nurse practitioners and physician assistants, take extra time to discuss these things with patients,” Raskin says. “Otherwise, it’s about giving the patient some literature, or directions to unbiased websites where they can read about their condition and other ways to help themselves.”

Raskin, who is also an addiction specialist, says patients may become addicted to something unintentionally because they don’t necessarily understand the addiction potential of medication. He believes it’s practitioners’ responsibility to explain that aspect of medication in detail, and then to monitor patients carefully rather than simply refill prescriptions over the phone.

“I think that’s really where the literacy and the lack thereof can play a role.”

Gender and relationships
Raskin says there’s a tendency among women to be “a bit more savvy” when it comes to paying attention to themselves, talking to a friend or family member, or trying to obtain information about their symptoms in advance of an office visit.

“Women will do things during a visit which I think are very helpful,” he explains. “They’re more likely to make a list of symptoms, or write things down. Whereas men might say, ‘You know, I had some things I wanted to talk about, but I can’t remember.’”

That’s where physicians can play an important role by encouraging patients to make a list of their symptoms or the questions they want to ask prior to their office visit. And that, Raskin adds, is why it’s important to develop a relationship with patients; really get to know them as a person to better understand what will or will not work for them.

“I might use a scare tactic with one patient, but it might not work so well for someone else,” Raskin says. “Or, if I have a young patient who smokes cigarettes, I’m not going to tell them so much about lung cancer and heart attacks, because that’s not necessarily going to make a big impact. But if I talk to the young 20-year-old about erectile dysfunction and that smoking is going to make their penis not work so well, that will have more of an effect.”

The starting point
Raskin says he always has a vested interest in his patients. But with healthcare reimbursement transitioning from a fee-for-service environment to more value-based care, there’s even more reason to have a vested interest.

“It’s just another reason why you want to work on healthcare literacy.”

So where do physicians start? Raskin says it begins by getting back to the basics, such as providing patients with written information or reliable web resources they can turn to.

“Every disease state has those websites, so you just need to guide them,” Raskin says. “Navigate the Internet for them in terms of what is and isn’t a good website.”

In addition, send reminders when healthcare screenings come up, and take the time to add the personal touch of a follow up phone call.

“Those types of things are more likely to get your patients involved,” he says. “I think that’s important.”