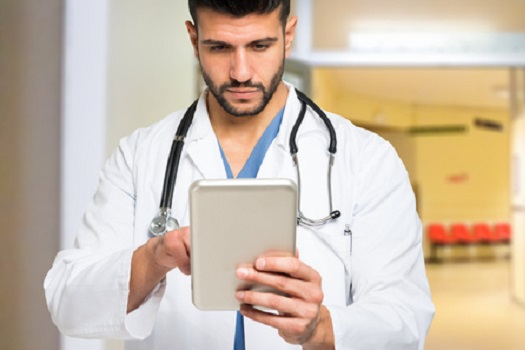 The patient experience and the physician-patient relationship are at the core of a well-oiled and effectively run healthcare system. No two elements could be more important.

And yet, results of a recent study published in the Annals of Internal Medicine indicate significant problems in both of those areas.

According to John Moore, founder and CEO of Twine Health, a collaborative care platform for patients and providers, both patients and physicians have taken notice.

“I believe that not only do physicians recognize patients are experiencing that disconnect, but they feel it themselves,” Moore says. “When I left practice in medicine 10 years ago that was 50 percent of the reason. (EMRs) were detracting from the care I could provide to patients.”

David Langer, MD, chair of neurosurgery at Lenox Hill Hospital, agrees. According to Langer, “There’s no question that the invasion of technology has had a net negative effect on how much time we’re spending with our patients face-to-face.”

But it doesn’t have to be that way.

Moore and Langer have taken steps to reverse the negative trend. For example, Moore says that most EMRs were built for codifying, billing and litigation. They were not built for medical documentation. But an entire suite of technology exists that has a very different purpose – one that engages patients as integral, active members of the care team.

Langer echoes those thoughts. He says that, “There is no EMR designed for the patient,” or designed to keep a discharged patient educated. That’s problematic.

“The discharge is very broken in healthcare,” Langer says. “Only in the last couple of years have hospitals even focused on discharge. And the legacy discharge problem is huge. Hospitals spend tons of money, and effort, and time and training to get patients into the hospital, but spend absolutely nothing to get them out.”

Lenox Hill Hospital’s “Healthflix” mobile app is looking to change that. Described as an “electronic book with chapters,” it personalizes information regarding a patient’s diagnosis, treatment and post-surgical care. The recently piloted app enables patients to share discharge information with family members and members of their healthcare team.

“By creating a more affordable and mobile discharge that was on a patient’s phone, it’s totally patient specific and about them,” Langer says. “That’s what we’ve been working on for about four years.”

While their physicians staring at an EMR screen on a computer may have disenchanted patients, they’re reveling with the newfound accountability that both Twine and Healthflix have placed in their hands.

“No longer am I a silent bystander just hearing people talk about my health,” is one patient comment about the Twine Health Activation Platform.

“Why don’t other hospitals do this?” was the rhetorical question asked by a discharged patient referencing the Healthflix app.

Beyond improving the patient experience, there are financial gains. Moore says that for physicians under capitated contracts, or a next generation primary care physician who’s doing direct primary care and taking on patient populations directly from an employer, better outcomes with fewer visits and greater patient satisfaction can mean all the value in the world to you.

Moore also acknowledges that the above scenario will scare some physicians, particularly those who are purely fee-for-service providers.

“But, you can imagine if and when their payment model shifts, and it’s not about how many visits you turn, but it’s about the care and that you have many fewer visits, then what do you do with that time?” he says.

The answer is, you support patients between visits with the time you have now that you’re able to see fewer patients. You’re using technology to have more engaged and healthier patients, and you’ve enhanced the physician-patient relationship.

“The patient doesn’t feel like there’s a barrier between them and their physician,” Moore explains. “That’s something that patients say. They want to feel like everybody’s part of a team and they can get access to the right people. And the technology provides the efficiency to do that.”