Physicians Wrestle with the High Cost of Health IT 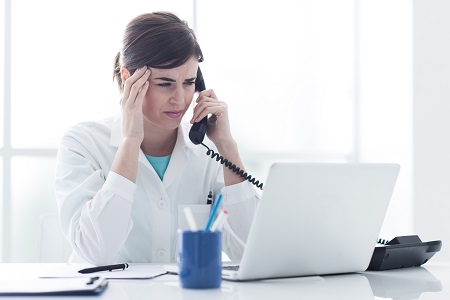 Nobo, a Bartow, Florida-based obstetrician/gynecologist and president of the Florida Medical Association, says that despite all the technological advances that are aimed at improving communication, just the opposite has occurred.

Feeling the burden
Nobo is not the only physician facing that challenge, though that’s small consolation when the numbers are crunched. Consider the results of recent surveys.

A survey of physician groups conducted by the Medical Group Management Association found that healthcare technology costs for organizations nationwide exceed $32,500 per physician—an increase of more than 40% since 2009.

Money well spent? Not according to a September 2016 survey of more than 17,000 US physicians by The Physician’s Foundation revealed 72% feel that electronic health records (EHRs) have detracted from the quality of patient care or had little to no impact, despite EHR’s intention of improving efficiency and allowing more precise billing.

“The greatness that could have occurred has failed,” Nobo says. “So physicians are retiring early in their practices because of all the expenses that we have to incur, and EHRs have definitely not increased any of our productivity or patient care.”

Nobo says the way some physicians are addressing the cost issue is by seeing more patients in a shorter period of time. In other words, the time spent with each patient is being cut short.

“Sometimes when that occurs, quality goes down,” he says.

Navigating the costs
Stephen Fatum, a partner in the Chicago office of Barnes & Thornburg LLP, shares Nobo’s assessment of the situation in which physicians are finding themselves.

“I think that they are absolutely overwhelmed,” he says. “I think it’s scaring the heck out of them. And I think it’s a major factor that leads physicians to want to be employed by large organizations.”

Fatum says the image that comes to mind is of two doctors he was with recently. They’ve been in private practice for a number of years. And he has this image of them climbing up a mountain. And the IT and keeping up with the regulations that go along with the IT, like the privacy and the security, it feels like they’re wearing a backpack and it’s getting heavier and heavier.

“It’s like they’re saying, ‘Ahhh, can I keep this going?’” Fatum illustrates. “That’s more of their mindset. And I don’t think there’s any group that I know of that’s ever made a decision to sell based on IT alone. But it would be one of the top factors.”

Fatum, who routinely negotiates employment, operating and affiliation agreements on behalf of physicians, says health IT costs are a big consideration when entering into these negotiations. Large physician groups have the advantage of leverage. So, what are smaller practices to do?

“We’ve been involve helping people come together, creating alliances or information exchanges,” he explains. “You don’t have to get together by merger, but you can get together in the form of an IPA [independent physician association]. That can help you do some negotiation around IT contract services.”

Fatum also advises physicians to talk to their colleagues, whether informally or at national association meetings for their specialty.

Costs outweigh benefits
Nobo acknowledges that EHRs have afforded some benefit. For example, coding is made easier where Medicare patients are concerned. Once the physician has entered all the required information, the EHR can calculate which code or codes need to be used, and that has been a significant benefit.

But the costs of health IT greatly outweigh the benefits.

You May Also be Interested in
Most Popular
Flu Cases Reach 13 Million in the US, CDC Reports
Mental Health Openness Improves Med Students' Attitudes
Top 10 Painkillers in the US
Humidifiers Decrease Levels of Flu Virus in Homes
ED Patient Restraints Foster Healthcare Distrust