Moving to a Value Based Reimbursement Model 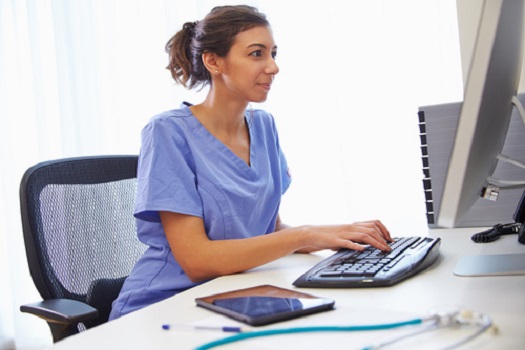 “The industry will feel the reimbursement pain of not being prepared for the rapid rise of outcomes-based measures and the need for real-time clinical, administrative, financial and health device data to support these models,” Nace says.

And the pathway to a value-based reimbursement model isn’t a one-size-fits-all formula.

Susan Nedza, MD, senior vice president, clinical outcomes for MPA Healthcare Solutions, says the road to a value-based reimbursement model depends on the size of the medical practice. Larger, multi-physician groups are, in some cases, contracting directly with insurers or employers in risk bearing value-based contracts. In contrast, smaller practices tend to be affiliating or working with accountable care organizations that are linked most closely to hospitals where their patients are admitted.

“There’s a natural relationship there to start with,” Nedza explains. “So you’ve got two different models, and a lot depends on the size and sophistication of (the practice’s) infrastructure.”

But the irony, Nedza points out, is that smaller practices are perhaps better positioned for the move to a value-based reimbursement model. In many respects, they’ve been practicing value-based care for years.

“(Smaller practices) have very strong referral patterns,” Nedza says. “They’ll see their patient frequently after discharge, and the primary care doc will talk to the orthopedic surgeon, because they have to have relationships. That’s where a lot of the value actually comes from.”

Larger practices, on the other hand, in some cases are bringing together groups that have never before worked together. Sometimes these groups don’t have a sense of what the value is they’re bringing to the large practice.

“Very large physician practices can manage the business contracting, the IT potential quality report, and a lot of the infrastructure pieces,” Nedza says. “But it doesn’t mean that they’re better prepared to provide value-based care.”

Part of Nedza’s job is to create value-based care models where the incentives align for everyone as a way to break “The Circle of Mistrust.” For example, in value-based contracting there exists a symmetry of information. The health plan has its risk model, the hospital has a different one, and physicians have yet a different perspective.

“They’re all coming together to try to negotiate a contract with data symmetry, and a lack of trust,” Nedza explains. “Everybody believes the other groups are going to be trying to make short-term gains on them. Because that’s what we’ve done in contracting for years.”

In order to do sustainable value-based purchasing, each of these three groups must agree on the risk in a given patient population on the front end. That’s where data is incredibly helpful. But the data might be meaningless unless relationship building has taken place.

“We’ve done some studies (where patients have been discharged following knee replacement surgery) and found that in some cases home health is so overwhelmed that they don’t see the patient for four days,” Nedza says. “There’s this very large gap in communication. So setting these kinds of expectations within the relationships you’re going to build for the contracting is critical.”

Nedza says that for value-based reimbursement, physicians have to be able to take the information that’s in an EMR and use it to generate risk profiles. That includes structured data about comorbidities, basic laboratory data, and the ability to determine risk on the front end.

“Those kinds of very simple data elements need to be in an EMR, and you have to be able to pull those out,” she says.

When buying a new EMR and thinking value-based reimbursement, Nedza believes there are three main criteria: the ease of extracting data; using the data and being able to communicate it to an outside source to help determine risk – “It could be something as simple as files that are shared on a weekly basis;” and be able to communicate with all parties in the value-based network.

“And then being able to use that in your negotiations with your payer,” she says. “I mean, that’s really where the next phase is going. You can have all the data in the world, but if you don’t have that other infrastructure, it’s not going to be very valuable.”

MarkLogic’s Nace echoes those thoughts. He says that the industry is moving quickly toward risk-based reimbursement and care on a massive scale, and planning is critical.

“Payers and providers,” Nace says, “should be thinking about whether their data strategy best positions them for success in this environment.”