Zimura/Lucentis Combo Safe, But Company Decides Not to Move Forward 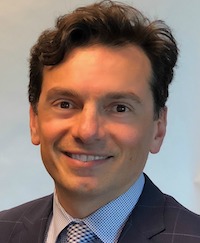 Kourous A. Rezaei, MD
Ophthotech Corp. said it won’t move forward with further clinical trials of its complement factor C5 inhibitor for the treatment of wet age-related macular degeneration, despite phase 2a results showing the drug, Zimura (avacincaptad pegol), was generally well tolerated when given to patients in combination with ranibizumab (Lucentis).

“Although, these findings may be intriguing, based on the totality of the data, at this time we will focus our resources on the efficient execution of our other ongoing Zimura clinical programs,” said Kourous A. Rezaei, MD, chief medical officer of Ophthotech, in a statement. The company made the announcement earlier this month, but did not respond to questions seeking additional information about what specific data drove the company’s decision.

The company’s other Zimura programs include geographic atrophy secondary to dry AMD and autosomal recessive Stargardt disease. The company also recently acquired Inception 4 Inc., which brought with it the development and commercialization rights to the company’s small molecule inhibitors of HtrA1 (high temperature requirement A serine peptidase 1 protein). HtrA1 is believed to be a potential contributor to a number of retinal diseases, including an advanced form of dry AMD.

The phase 2a trial evaluated the safety profile of Zimura administered intravitreally in combination with .5 mg of Lucentis, the anti-vascular endothelial growth factor (anti-VEGF) therapy, in wet AMD patients who had not previously been administered an anti-VEGF drug. Sixty-four patients were enrolled in the trial. They were divided into 4 groups, each with a different dosing schedule.

All 4 groups achieved significant gains in visual acuity at 6 months, defined as gaining greater than or equal to 3 lines of vision, or 15 ETDRS letters. The group with the highest percentage of patients achieving significant visual acuity gains (60%) was the group that received .5 mg of Lucentis and 2 mg of Zimura on the same day. This was the same dosing group that achieved the highest success rates in the previous 1/2a trial of Zimura. Other dosing groups had the 2 drugs staggered or had the 2 drugs in combination with a follow-up dose of Zimura only at 2 weeks.

In both the 2a and the 1/2a trials, the rates of improvement in the highest-performing dosing category were higher than have been seen with anti-VEGF monotherapy, the company noted. However, Ophthotech also cautioned that neither study was designed to evaluate efficacy, and both were small-scale studies, thus no concrete conclusions can be drawn about the drug’s performance. The company declined to say whether the pause in development of the Zimura/Lucentis program was permanent or temporary.

Though Ophthotech is stepping away from the Zimura/Lucentis program, President and CEO Glenn P. Sblendorio said the company remains focused on developing therapies in the retinal disease space.

“Our goal is to be a leader in drug development for retinal diseases and create value for our shareholders,” Sblendorio said, in the press release. “We look forward to continue advancing and expanding our deep portfolio of novel therapeutics and gene therapy programs in age-related and orphan retinal diseases.”