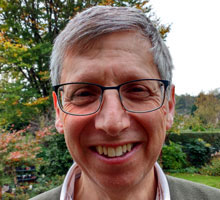 William L. Irving, PhD
One-third (32%) of people who contract hepatitis C virus (HCV) as a child will go on to develop cirrhosis at a median of 33 years post-infection, according to new research.

The study, highlighting the importance of testing and early intervention in young patients with HCV, helps clinicians quantify the means by which infection is occurring in children.

William L. Irving, PhD, a professor of virology at the University of Nottingham, said he was surprised to see that liver disease appears to progress at the same rate regardless of whether the person is infected at an advanced age, or at birth.

“There would be reasons for thinking this might not be true, because those individuals [infected at birth] would not have the same co-factors for disease progression as older children and adults, most obviously alcohol consumption,” he told MD Magazine®, “and yet for the small numbers of cases that we were able to follow, cirrhosis developed at roughly the same interval after infection as it did for the children who acquired infection through drug use.”

Among the patients enrolled in the study and diagnosed in childhood, 663 patients received treatment and three-quarters of those achieved sustained virological response (SVR). Of those receiving treatment, 55% were given interferon/Peg interferon therapy, and 40% were given direct-acting antivirals (DAAs).

Line Modin, MD, PhD, who at the time was at Birmingham Women and Children’s Hospital but who now works at the Hans Christian Andersen Children’s Hospital, in Denmark, noted that regulators in the US and Europe have approved certain HCV therapies for children. Sofosbuvir and ribavirin were approved by the US Food and Drug Administration (FDA) and European Medicines Agency (EMA) earlier this year for the treatment of children ages 12-17. The EMA has also approved ledipasvir/sofosbuvir (Harvoni) for children over 12.

However, she noted that that approval has not yet translated into access everywhere in Europe.

Asked whether physicians might be reticent to use the high-powered therapies on children, Modin said she believes that “physicians are willing to treat if the medication is made available.”

Aside from treatment and access, another issue raised by the study is early detection. Irving cited significant evidence suggesting that HCV is underdiagnosed among people who inject drugs (PWID). He said public health agencies need to do more to encourage testing, and that such efforts are already underway in the UK.

“Two of the major barriers to PWID getting tested are fear of the unknown (and horror story urban myths about how HCV infection is diagnosed and treated) and stigma,” he said. “There is no doubt that treatment initiated before the onset of severe liver disease results in better outcomes, so testing for HCV (and other blood-borne viruses) should be absolutely routine for any individual, of any age, who admits to injecting recreational drugs.”

The study, “Epidemiology and natural history of hepatitis C virus infection among children and young people,” was published online in The Journal of Hepatology.