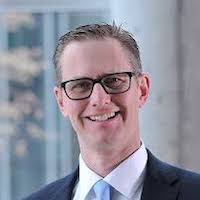 Mental health issues can be daunting for any individual, especially young mothers.

A team led by Ryan J. Van Lieshout, MD, PhD, Department of Psychiatry and Behavioral Neurosciences at McMaster University, compared the mental health outcomes of young mothers to both older mothers and teenage women who are without children.

The investigators compared the age-matched young mothers with 15-17 year old women without children (n = 630) from the 2014 Ontario Child Health Study.

The team assessed the prevalence of current mental disorders using the Mini-International Neuropsychiatric Interview for Children and Adolescents.

The investigators found that almost 2 out of every 3 young mother reported at least 1 mental health problem, with almost 40% of the study population having more than 1 mental health disorder.

“Given the high rates of mental health problems and complex needs of young mothers in Canada and the possible adverse effects of maternal psychopathology on their children, further efforts should be directed at engaging and treating this high-risk group,” the authors wrote.

In 2019, a meta-analysis found that in-utero and perinatal circumstances might increase the risk of suicide throughout a person’s life.

While causes of increased suicide risk have been studied extensively in the past, this was the first meta-analysis to aggregate data specifically regarding in-utero and perinatal associations with suicide risk.

On the other hand, father’s age, low gestational age, obstetric characteristics (such as caesarean section), and exposure to a condition during pregnancy (such as maternal smoking or hypertensive disease) were proven negligible to the point of irrelevance regarding suicide risk.

Many young mothers face multiple adversities that increase their risk of mental illnesses. However, prevalence data is often limited to self-report questionnaires estimating only the prevalence of postpartum depression.

By gaining a better understanding of the burden of a broader range of common mental illnesses affecting young mothers, investigators can improve their health, as well as the development and functioning of the offspring.

The study, “The Mental Health of Young Canadian Mothers,” was published online in the Journal of Adolescent Health.