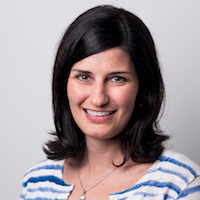 Margie Skeer, ScD, MPH, MSW
Researchers have identified several determinants of young people who inject drugs (PWID) not accessing treatment for hepatitis C virus (HCV) infection, which could inform interventions for this population that is key to decreasing virus circulation.

"Given the advances and improvements in HCV medication it would be expected that treatment uptake would be much higher, yet barriers still exist," she said.

Skeer and colleagues note several factors that have been found to reduce utilization of the earlier, interferon-based treatments, including risk perception, uncertain knowledge and stigma. Although many of these remain relevant, the investigators wanted to identify what may now be interfering with this population benefiting from the better-tolerated and curative oral direct-acting antiviral (DAA) treatments.

"Few studies have examined the willingness to pursue new DAA treatments for HCV among young PWID, and how their experiences with the healthcare system contribute to, or impede their preferences for care," Skeer and colleagues wrote.

The investigators based their study on earlier research that had demonstrated that social determinants influence individual-level determinants which, in turn, guide individuals' decisions about their healthcare needs and engagement with healthcare resources.

Recruiting PWID as study participants proved challenging, as this population is largely disenfranchised from traditional resources and healthcare networks. A "time-location sampling" was done by outreach workers with connections to PWID and/or the community-based agencies that work with them. Recruitment also involved approaching individuals at syringe exchange sites, and in locales known for high use and traffic of street drugs. Referrals were also received from infectious disease clinicians.

"As with prior research with this population, we found that participants in our study were treated poorly in clinical settings," Skeer told MD Mag. "This was true even in an area such as Boston with strong systems in place to support this population."

In the period between February and August 2016, 24 participants were identified in the Boston area, aged 22 to 30 years (average 27 years). Each self-identified as having HCV and was subsequently confirmed to have HCV antibodies.

No participant had been prescribed or had taken DAA treatment. The participants agreed to an in-depth, face-to-face interview with research staff, who were trained in qualitative interviewing techniques.

Although the investigators had structured the interview around 3 categories from earlier research--predisposing determinants, enabling determinants and illness level--they instead found 5 recurring themes, under an umbrella domain they characterized as "social determinants of engagement in care": “We found that negative interactions with healthcare providers during the HCV testing process and perceived inadequate access to HCV treatment reinforced the perception that young PWID are undeserving of treatment, resulting in a reduced willingness to ultimately pursue improved treatment options," Skeer said.

She added the results highlight the need to provide care in settings “where young PWID feel respected and not stigmatized."

"Participants said that providers should become better educated about addiction and approach HCV treatment with this population in a manner that allows them to feel like people with a chronic condition, rather than merely being treated as 'addicts' and 'junkies'," Skeer said.

The study, 'Hep C's Like the Common Cold': Understanding Barriers Along the HCV Care Continuum Among Young People Who Inject Drugs," was published in Drugs and Alcohol Dependence.

Click here to sign up for more HCPLive® content and updates.
Related Coverage >>>
Tofacitinib Bests Placebo in Psoriatic Arthritis Trial
Gut Microbiome Hints at Lupus Nephritis Disease Activity
How Will COVID-19 Change Pediatric Care?
You May Also be Interested in
Most Popular
FUEL: Udenafil Improves Exercise Performance, but Not Peak VO2 in Adolescents With Fontan
Top 10 Painkillers in the US
Experts Advise on Asthma Care, Management during COVID-19
Ongoing Research in Treating Hypercholesterolemia
Upadacitinib Outperforms Placebo, Adalimumab for Psoriatic Arthritis