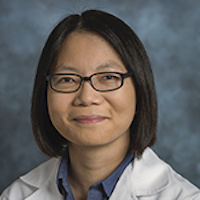 Women’s blood vessels age at a faster rate than men’s.

Senior author Susan Cheng, MD, MPH, director of Public Health Research at the Smidt Heart Institute at Cedars-Sinai, and colleagues analyzed longitudinal blood pressure measures to evaluate whether the elevation differed between women and men over the course of life. The team of investigators found that sex-specific analyses indicated that blood pressure measures progress more rapidly in women than men, early in life.

The findings disprove the notion that important vascular disease processes in women lag behind men by 10–20 years.

The investigators conducted sex-specific analyses of measured blood pressure. Data used represented nearly 145,000 blood pressure measurements that were collected over 43 years. The study population consisted of 32,833 participants ranging from 5–98 years old. More than half of the participants (54%) were women.

Cheng and colleagues looked through their data for clues and patterns about how blood pressure starts to rise and compared the data from woman to woman and man to man.

As early as the 30s, women had faster rates of progressive blood pressure elevation with aging (likelihood ratio test χ2 = 531 for systolic BP; χ2 = 123 for diastolic BP; χ2 = 325 for MAP; and χ2 = 572 for PP; P <.001). All blood pressure components—systolic, diastolic, pulse pressure, and mean arterial pressure—increased more predominantly in women than men over the course of life.

Rates of increases for all measures were reduced for both men and women when compared with adjusted blood pressure trajectories. This was expected, the investigators noted. Multivariable-adjusted blood pressure trajectories were higher in women than men over the life course (likelihood ratio test χ2 = 314 for systolic BP; χ2 = 31 for diastolic BP; χ2 = 129 for MAP; and χ2 = 485 for PP; P <.001).

Data showed that rates of accelerating blood pressure elevation were significantly higher in women than men, starting earlier in life.

The findings of the study indicate that sex differences may set the stage for later-life cardiac and vascular disease that present differently in women than men. Aspects of cardiovascular evaluation and therapy need to be tailored specifically for women, the investigators added.

The study, “Sex Differences in Blood Pressure Trajectories Over the Life Course,” was published online in JAMA Cardiology.