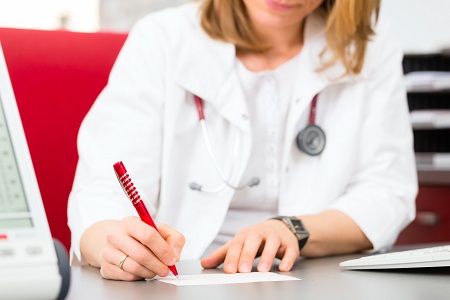 “Manel” culture in US medicine is being addressed, but female experts are still significantly underrepresented in the field.

A new study from investigators at the University of Calgary and University of British Columbia showed that the proportion of female speakers at US academic medical conferences raised significantly from 2007 to 2017—from one-quarter of all speakers to just one-third.

Though the most recently assessed rate is in line with the approximate ratio of women in the US physician workforce (33%), the continued underrepresentation of female speakers at meetings is complementary to their similar struggles for equal representation in published work and in educational settings such as grand rounds.

Investigators, led by Shannon M. Ruzycki, MD, of the Division of General Internal Medicine at the University of Calgary, conducted a cross-sectional analysis of the genders of speakers listed in meeting programs of medical meetings help in both the US and Canada in 2007, and then from 2013-2017.

Included conferences were from a sensitive search strategy, and were held in English language and targeted to a physician audience with 100-plus attendees. Meeting speaker lists were analyzed with a previously validated tool that assigned a proportion of female speakers. The team used a comparison group of active physicians in Canada and the US.

A total of 181 conferences were assessed, 100 being medical and 81 being surgical specialty conferences. Of them, 701 individual meetings were included for ratio assessment. In each meeting, female speaker proportions ranged from 0% to 82.6% of all speakers.

Though female representation can vary widely in each medical specialty—as few as 8% of academic surgeons are women—their overall inclusion in the academic field has been a continued issue. Fewer total publications include female investigators, Ruzycki and colleagues noted, and women are less likely to be listed as first author—even in cases when first authorship is shared by coauthors of opposite genders.

In acknowledging the social media-driven effort to reduce all-male scientific meeting panels, notably the hashtag trend “#NoMoreManels,” the investigators said true evaluation of the disproportionate representation has been lacking up to this point.

“Reports of gender disparities among conference speakers have been largely anecdotal,” Ruzycki and colleagues wrote. “Previous work to characterize the gender gap in medical conferences has been limited by the size and scope of conferences included, nonsystematic inclusion of conferences, and lack of a validated strategy to assess the gender of speakers.”

Medical conferences represent an opportunity for not only career advancement, but developing mentorship and role modeling for younger physicians. Because of that, understanding the prevalence of gender inequality at medical meetings is a critical assessment, they noted.

As investigators noted, female medical school graduates are nearing parity with their male counterparts in the US—yet still make up a minority of the practicing field.

“Low representation of female physicians in these opportunities signals to female medical graduates that these career tracks are not friendly to women and also contributes to lack of female mentorship,” they wrote.

The study, “Trends in the Proportion of Female Speakers at Medical Conferences in the United States and in Canada, 2007 to 2017,” was published online in JAMA Network Open.