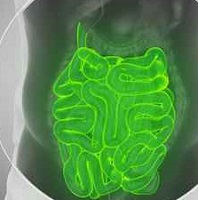 New research shows that continuing thiopurines for more than 6 months does not offer a benefit over scheduled adalimumab (ADA) to treat Crohn's disease.

Patients in corticosteroid-free clinical remission for at least 6 months with 40 mg of ADA every other week combined with thiopurines were put into 2 groups—1 which continued the treatment regimen and 1 that discontinued the medication.

The primary endpoint of the study wads the proportion of patients in corticosteroid-free clinical remissions (CFCR) at week 52, with secondary endpoints being endoscopic remission (ER), trough levels of ADA in serum, and safety.

“Characteristics of patients were not significantly different between the groups,” the authors wrote.

Trough levels of ADA were also not significantly different between the 2 groups (P =.515).

The proportion of patients with anti-adalimumab antibodies (AAA) positivity at week 52 was not significantly different (P = .437) and ER at week 0 was involved in ER and triple remission at week 52.

The investigators did not observe serious adverse events in either group.

“Continuation of thiopurines [greater than]  6 months offers no clear benefit over scheduled ADA monotherapy,” the authors wrote. “CFCR, ER, and ADA trough level at week 52 were not significantly different between groups. ER at week 0 may be involved in better long-term clinical outcomes.”

Adalimumab was approved by the US Food and Drug Administration (FDA) in 2014 to treat pediatric patients aged 6 and older afflicted with moderately to severely active Crohn’s disease who have not responded adequately to prior treatment with corticosteroids or immunomodulatory, such as azathioprine, 6-mercaptopurine, or methotrexate.

Adalimumab is a tumor necrosis factor-alpha (TNF-α) inhibitor that patients can self-administer at home after receiving proper injection training and with appropriate monitoring by physicians.

This FDA approval was supported by the Phase 3 IMAgINE-1 trial, a multi-center, randomized, double-blind anti-TNF trial in patients 6 to 17 years of age with moderately to severely active Crohn's disease conducted to date.

The trial evaluated multiple methods of dosing to induce and maintain clinical remission in pediatric patients with moderately to severely active Crohn’s disease for whom certain other treatments have not especially been successful.

The drug affects the immune system and can lower the ability to fight infections, including infections caused by viruses, fungi, or bacteria that have spread throughout the body, as well as tuberculosis. More common side effects of adalimumab include injection site reactions (bruising, itching, rash, redness, and swelling), upper respiratory infections (including sinus infections), headaches, rash, and nausea.

The study, “Withdrawal of thiopurines in Crohn’s disease treated with scheduled adalimumab maintenance: a prospective randomised clinical trial (DIAMOND2),” was published online in the Journal of Gastroenterology.