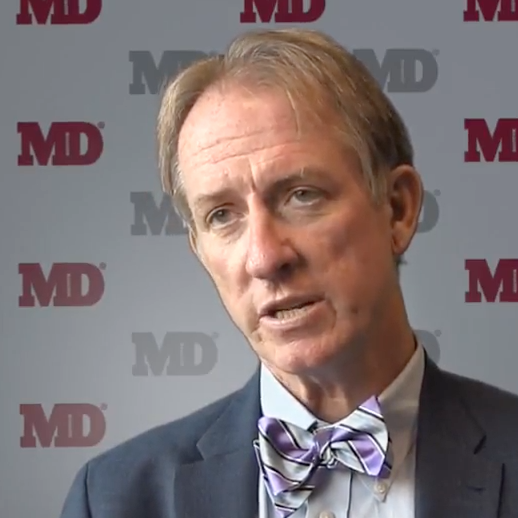 A new 6-week, double-blind study has shown that whole-body hyperthermia (WBH) has specific antidepressant effects when compared with a sham condition for treatment of major depressive disorder (MDD).

According to lead author Charles L Raison, MD (pictured), professor, Department of Psychiatry, University of Wisconsin, Madison, the study compared temperature ranges from preliminary studies involving thermoafferent pathways, which resulted in antidepressant actions with lower temperature ranges not expected to activate these pathways as a control condition. The goal was to evaluate whether previous conclusions were related to the temperature range in question, or if they could be achieved with other levels.

"We found that when compared to people that received the sham treatment, people that received the real hyperthermia had a huge antidepressant response," Raison told MD Magazine. "The sham treatment didn’t make people feel much better, which is no real surprise because it didn’t do anything biologically, but the average decrease in reduction of depressive scores in the active hyperthermia group was about 45%. Now for 1 treatment that’s probably a little less than you would see for 6 weeks of antidepressant, but it’s still pretty striking."

The study’s primary outcome measure was reduction in depression severity across the 6-week study period as assessed by the 17-item HDRS at 1, 2, 4 and 6 weeks following exposure to either treatment.

A single session of active WBH versus a sham condition matched for length of WBH and mimicked all aspects of WBH expect intense heat. Subjects experiencing WBH were induced to levels of heat that increases core body temperature to 37.5–38.5°C using the Whole Body Hyperthermia system, while subjects randomized to the sham treatment experienced low intensity whole-body infrared heating that causes only a minor increase in body temperature.

"There does seem to be evidence that a single treatment did have a prolonged effect, and that’s interesting because it suggests in future studies if it turns out to be true, and many people come in depressed and they receive a treatment and feel better for 3, 4 or 5 weeks, this could become a real treatment," Raison noted.

Adverse effects in both groups were generally mild.

WBH holds promise as a safe, rapid-acting antidepressant modality with a prolonged therapeutic benefit. Future studies will be conducted to identify both the optimal temperature, number and timing of treatments likely to produce the largest and longest-lasting clinical response amongst patients.

MDD is predicted to be the second leading cause of disability worldwide by year 2020, and the economic burden of depression continues to rise from $83.1 billion in 2000. Much is burdened from the high rate of sub-optimal treatment outcomes, as about 50% of MDD patients recover in less than 12 weeks with adequate treatment.

"[Major depression] It’s not that easy to treat, only about 30% of depressed people in the US will have an adequate response," Raison said.

Current treatments include significant central nervous (CNS) side effects, highlighting the need for more effective treatments with fewer side effects.

The study, “Whole-Body Hyperthermia for the Treatment of Major Depressive Disorder,” can be found in The JAMA Network.

Click here to sign up for more HCPLive® content and updates.
Related Coverage >>>
Depression Linked to All-Cause and Cardiovascular Mortality
AI Algorithm Identifies if SSRI Will Benefit Patients with Depression
Maternal Vitamin D Deficiency Increases Risk of ADHD in Offspring
You May Also be Interested in
Most Popular
The Fear of the Coronavirus, and the Reality of the Flu
Top 10 Painkillers in the US
Plant-Based Diet Linked to Improved Gut Microbiome, Cardiovascular Health
European Trial to Investigate Exocrine Pancreatic Insufficiency in Patients with Type 2 Diabetes Mellitus
Machine Learning Model Could Predict Outcomes Following Cardiac Arrest