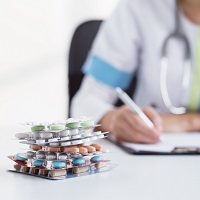 People with fibromyalgia may try different pharmacologic approaches, but which one is really the most effective?

Researchers from the Korea University College of Medicine assessed three popular medications prescribed for the chronic pain condition. The goal was to identify the efficacy and tolerability of duloxetine, pregabalin, and milnacipran at their recommended doses. A recent study evaluated results from using a pregabalin-duloxetine combination, but this analysis focused on the medications on their own.

Published in Rheumatology International, the team evaluated nine studies including 5,140 patients who were on one of the medications for eight to 14 weeks. A Bayesian network meta-analysis determined the outcomes of the treatments: All of the prescriptions, except for pregabalin 150 mg, significantly improved pain from baseline when compared to the placebo. More patients experienced at least 30% pain improvement in the duloxetine 60 mg, pregabalin 300 mg, milnacipran 200 mg, and milnacipran 100 mg groups than in the control group. “Ranking probability based on the surface under the cumulative ranking curve (SUCRA) indicated that duloxetine 60 mg had the highest probably of being the best treatment for achieving the response level,” the authors wrote, “followed by pregabalin 300 mg, milnacipran 100 mg, milnacipran 200 mg, pregabalin 150 mg, and placebo.”

However, the team found that there was no a significant difference in efficacy or tolerability when it came to the five treatments. So the good news is that all of the prescriptions proved to be more effective than the placebo, but the top four did not strongly differ. When it came to withdrawal from the study due to side effects, the placebo group had the lowest dropout rate when compared to the four medication which provided significant pain improvement.

The authors recognize that the follow-up periods lacked long-term data, therefore, future studies that concentrate on a longer duration are needed.